Apple strikes again: Which developers got ‘Sherlocked’ at WWDC

Whether it directly competes with a third-party app, or is just enough for most users, Apple’s forthcoming macOS and iOS have again potentially trod on the livelihoods of some developers.
Tim Cooks meets Memoji at WWDC 2021

There is little new under the sun and as Apple develops its operating systems, it is going to enter the same fields as its third-party developers. On quite rare occasions, Apple will buy the developer’s app — as it did with Dark Sky, now behind the redesign of the Weather app. 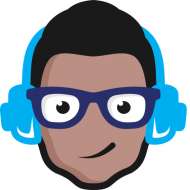 Hands on: Azio Izo wireless keyboard set is an attractive, functional addition to your desk