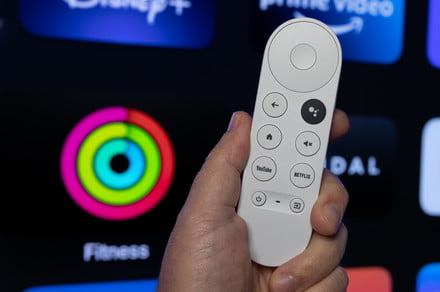 Headlines are making the rounds about possible improvements to the Google TV platform. That’s exciting, because Google TV is in and of itself an exciting, important platform.

Under the headline “What’s next for Google TV,” the notes package from Janko Roettgers puts new Google TV Director of Product Management Rob Caruso on the record about a few things. It starts out with a descripton of state of the platform — some 250 device partners across the globe and seven of the top 10 TV manufacturers making TVs with Google TV baked inside. “If you really want some inside baseball, that’s pretty much how every press call with any platform starts — with numbers telling you just how big and important the company you’re talking to is at the moment. It’s good context, but…).”

What’s really caused headlines, though, is the talk of fitness integration. “Fitness is another big area of exploration,” Caruso told Roettgers. That’s important for a number of reasons. First is the Fitbit acquisition so it makes sense that they’re looking at Google TV with fitness in mind. The second is that we’re all spending more time at home in front of our TVs, so it’s good timing to look at Google TV with fitness in mind.

But that’s a long way from getting anywhere near some sort of shippable product. And if there’s anything Google loves to d, it’s to do its best imitation of Lucy van Pelt. Products are the football, and we’re all Charlie Brown. Look no further than the fact that this is the second incarnation of Google TV as a product.

Good for us (and not great for Google) is that there’s already a high mark when it comes to fitness and TV integration. It is, of course, from Apple. There’s no avoiding the comparison, and it serves as a pretty good starting point for what Google needs to do to actually get something in front of customers that they’ll actually use.

First, you need the fitness

It’s not all that difficult to record a bunch of fitness videos and slap ’em up online; that sort of thing has been happening since the early days of VHS. (Ask your grandparents, kids.) It’s a problem that can be solved purely by throwing money at it.

And getting those fitness shows, for lack of a better term, in front of your Google TV customers is pretty easy — just give it prime placement on the Home Screen.

There are any number of online fitness classes available, and it’s relatively easy to get them on your TV, whether it’s natively or via something like Chromecast or AirPlay.

That actually could work in Google’s favor. Whereas Apple has its own, slickly produced videos, Google could just stick with the third-party route and go from there.

Apple Watch has direct integration with Apple Fitness+. Google, not so much.

Then you need the tracking

If you forget to start your fitness tracker, did you actually work out? We’ve all been there.

One of the coolest things about Apple Fitness+ on Apple TV is that it has direct integration with Apple Watch. That was a huge feature when it was announced, and it remains great today. It makes it super easy to track your workout, whether it’s a core class (which is what I tend to do the most), or HIIT, or something else.

Also, when you’re doing the class, you can see your Apple Watch tracking on the screen. Heart rate, timer, calories. Is it necessary? Not really. But it’s still very cool.

Toss in the fact that you can start and pause workouts from your watch without having to look for the remote control. That’s what you’d call a fully integrated experience — something Google has always struggled with.

That’s not something that can be easily replicated, even with the Fitbit acquisition. APIs — software layers that allow one service to easily talk to another — go a long way. It’s what lets Fitbit data talk directly to Google Fit, or Strava talk to Apple Fitness. But it only goes so far, and with Android Wear lagging so far behind both Fitbit (which has trackers other than a smartwatch, of course) and Apple Watch in terms of adoption, that’s a huge hill to climb.

Google’s biggest obstacle to improving its own services and products is usually itself.

And finally you need the focus

The biggest problem with Google’s products and services has always been, well, Google. It has the means to make a top-flight TV platform, and I’d argue that it has one in Google TV, which in many ways improved on Android TV before it. It’s more robust and powerful than Roku. Busier, perhaps, than the sparse experience that is Apple TV. It’s easy to compare with Amazon Fire TV, particularly now that it comes in the inexpensive (but awkwardly named) Chromecast with Google TV.

But this also is the same Google that let its smartwatch segment languish for years. (I was at the Google I/O conference when the first watches were announced.) The distributed strategy, with partners doing all the hardware just didn’t work, and Apple Watch took over that space. Will the long-rumored Pixel Watch fix that? Who knows.

Google Fit has been a thing for years, too. But, it’s an afterthought — a way to keep information in one place, but not really a destination you go to get your exercise on. The acquisition of Fitbit may well be the first step toward fixing that, but Google does a lot of first steps. It does a lot of “exploring.” It’s the 10,000th step that’s going to determine if this time is any different — or if it’s just another opportunity for Lucy to pull the ball.