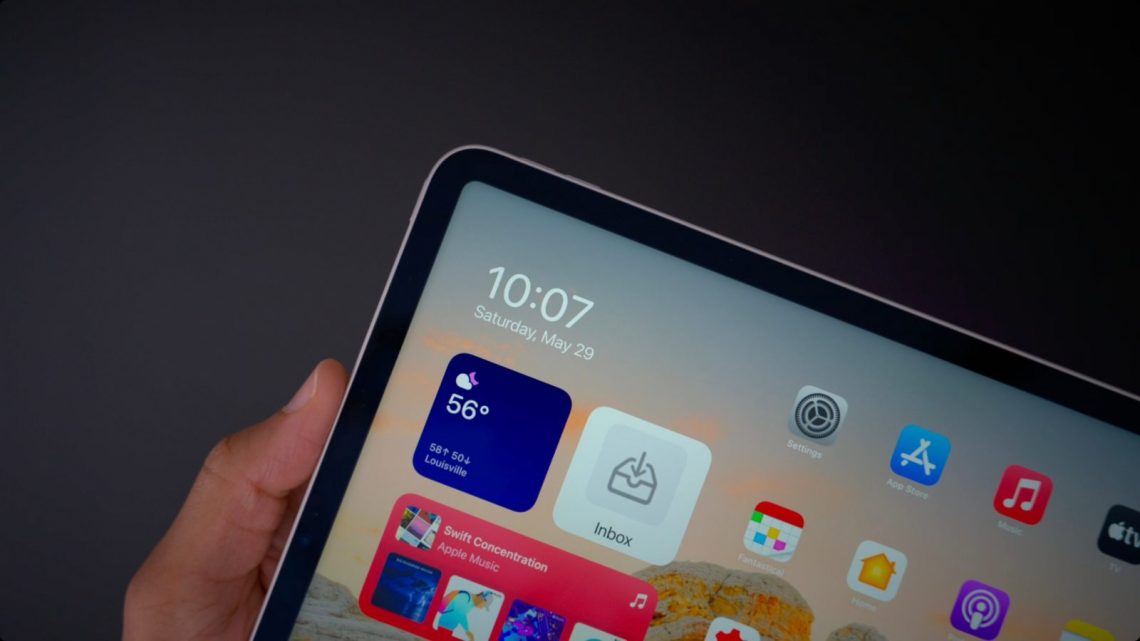 Apple is set to release another generation of iPad Pro in 2022. After the model with the M1 chip, miniLED display, and 5G support in 2021, the company is rumored to launch an even better iPad Pro this year.

Rumors regarding a new design for the iPad Pro 2022 started in June 2021. According to Bloomberg’s Mark Gurman, this iPad could feature a glass back to enable wireless charging, most likely via MagSafe. Then, in December, the journalist said the same thing.

Wireless charging replaces the usual power cable with an inductive mat, which makes it easier for users to top up their device’s battery. It has grown into a common feature in smartphones but is a rarity among tablets. Apple added wireless charging to iPhones in 2017 and last year updated it with a magnet-based MagSafe system that ensured more consistent charging speeds.

The company is testing a similar MagSafe system for the iPad Pro. Wireless charging will likely be slower than directly plugging in a charger to the iPad’s Thunderbolt port, which will remain as part of the next models.

In January 2022, 9to5Mac was able to discover that Apple hit a roadblock in its plans to redesign the iPad Pro with MagSafe. While the company was testing a full glass back on the iPad Pro 2022, it became a drawback as it would make the product easier to damage and also much more fragile.

According to our sources, the company has developed iPad Pro prototypes with a larger Apple logo (similar to the one on the new MacBook Pro), but this one is made of glass. As a result, power would be transmitted through the glass logo. The prototype also has stronger magnets to prevent accidents, and it supports charges at faster speeds than MagSafe for iPhone.

About its display, Apple is likely to maintain two different sizes: 11-inch and 12.9-inch. The upgrade here would be more noticeable for the 11-inch model, as Apple analyst Ming-Chi Kuo believes the company will switch the LCD panel for a miniLED display, as it did in 2021 with the 12.9-inch iPad Pro.

After Apple surprised everyone with the addition of the M1 chip on the iPad Pro, it’s likely for the company to add an upgraded version of this chip to the upcoming 2022 iPad Pro. Naturally, this iPad would feature the M2 chip, which is rumored to be released with a redesigned MacBook Air.

Another option would be for Apple to add the M1 Pro or M1 Max chips to the iPad Pro, although there are no rumors regarding this possibility. Even though, it’s less likely for the company to introduce an “A15X/Z” chip variant for this tablet as Apple has been marketing its Mac-power.

Of course, it’s important to notice that the M1 chips are variants of the A-series of the iPhone. It all depends on how the marketing team will prefer advertising the 2022 iPad Pro.

For its storage capabilities, it’s likely that Apple will maintain the same options, as there are no rumors regarding more than 2TBTB of storage, which means:

As Apple has been pushing away from the 64GB models on the iPhones, and all the new Macs start at 256GB, it would make sense if the company starts the 2022 iPad Pro with 256GB of storage instead of 128GB.

9to5Mac is able to confirm that Apple is working on a new iPad Pro with a larger battery, as some users complain that the Magic Keyboard causes excessive battery drain. Not only that, but as you already read in this roundup, Apple is likely to introduce the ability to charge the 2022 iPad Pro with a MagSafe charger that’s even faster than the one available for the iPhone.

Although there are no rumors about the 2022 iPad Pro’s 5G capabilities, it’s likely that Apple will bring more bands for the upcoming model. There are also no rumors regarding new accessories, but as the company plans to introduce a MagSafe connector for charging the iPad Pro, at least the Smart Folio and the Magic Keyboard could receive some minor tweaks.

If the company follows the 2021 trend, it will likely be in the first part of 2022. A March or April event would make sense if the company plans to also update the MacBook Air in the same period, as both of the products could feature the same processor.

So far, these are the rumors regarding the 2022 iPad Pro. As we hear more about it, we’ll make sure to update this story.

As of now, you can find the 2021 iPad Pro for an even better deal on Apple’s official page on the Amazon Store here. Don’t forget to check out some 20W power adapters, Apple Pencil, Magic Keyboard, and AirPods as well.

The new iPad Pro is powered by the A12Z processor and features a new camera setup on the back. Apple has also unveiled a new Magic Keyboard with a trackpad for iPad Pro.

Apple will allow dating apps in the Netherlands to use alternative payment systems, developers must maintain a separate app binary

Making the Grade: Apple’s best device in the classroom would be a 12.9″ iPad with a Magic Keyboard at $499
Subscribe
Login
Please login to comment
0 Comments
Inline Feedbacks
View all comments
×