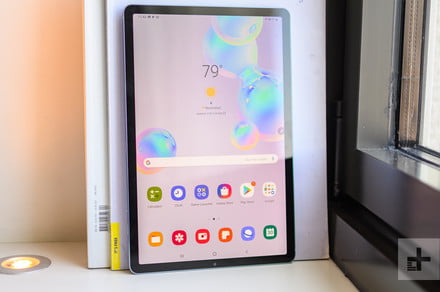 The best Android tablets for 2022

Apple’s iPad isn’t the only tablet in town, though sometimes it feels like it. While popular vendors have scaled back on new tablets over the past few years, there are several great Android tablet options available. If you’re integrated into the Android ecosystem and rely on Google apps, an Android tablet is a sure bet for you. We present the best available Android tablets for 2022 so you can decide which one best suits your needs.

Looking for more sweet tablet deals? Check out all the best deals we could find on Samsung tablets. Or, if you prefer another brand, check out all of our favorite tablet deals.

Best Android tablets at a glance

If you’re flexible when it comes to choosing a mobile operating system, check out our roundup of the best tablets.

Why should you buy this? The Samsung Galaxy Tab S7 is a hardware king, with top-end processor power, a beautiful display, and Samsung’s responsive S Pen.

Who’s it for? Anyone who wants the best of the best — and has the cash to spend on it.

Why we picked the Samsung Galaxy Tab S7: The Galaxy Tab S7 is the best Android tablet you can get. The device has an absolutely stunning display, whether you get the 11-inch model or the larger 12.4-inch Galaxy Tab S7 Plus. The 11-inch model’s LCD is already beautiful enough, but the S7 Plus swaps it out for an OLED display, so it’s even better. The tablet also supports HDR.

Under the hood, the tablet is no slouch. It offers a Qualcomm Snapdragon 865 processor, which is the same chip that powers Samsung’s Galaxy S20, and 6GB or 8GB of RAM is more than enough to keep this tablet going. It comes with 128GB, 256GB, or 512GB of internal storage, but it can be expanded via a microSD card if you’re looking to download lots of stuff. Even the speakers are pretty good, and there are four of them around the edge of the device. The rear-facing, dual-lens 13-megapixel and 5MP main camera are capable of recording 4K video at 30 frames per second, while the 8MP front camera is good enough for selfies and video chat. Powering it all is an 8,000mAh battery, which can be charged up quickly if you separately buy a 45W charger. And, the included S Pen works smoothly and naturally.

The software experience is pretty good — for an Android tablet. While Android app developers traditionally haven’t really developed their apps for the large screen, Samsung somewhat gets around this with the Samsung DeX desktop interface. The downside is the high price — if you’re primarily after a laptop experience, then Samsung’s Chromebook Pro or Microsoft’s Surface Go are both cheaper and might suit you better.

If you want the best Android tablet experience, the Samsung Galaxy Tab S7 is a good choice. It’s a solid step up from the Tab A 8.0, but that high price might give you pause. Read our Galaxy S7 Plus review to find out more about Samsung’s larger offering.

Why should you buy this? The Lenovo Yoga Smart tab delivers a great cinematic and musical experience, but is so versatile that it can serve as a screen-enabled smart home hub at the same time.

Who’s it for? Anyone looking for an all-around multimedia and home smart device.

Why we picked the Lenovo Yoga Smart Tab: This tablet is ultra refined with fine craftsmanship and assembled from iron gray aluminum, with an elegant soft-touch back color finish. The Yoga Smart Tab’s innovative features increase interface immersion and touch interactivity to play your favorite tunes or display photos. It runs on the Qualcomm Snapdragon 439 Processor. The dual JBL Hi-Fi speakers get a boost from the tablet’s smart power amplifier, which is optimized by Dolby Atmos for a superlative audio experience. It weighs 1.28 pounds (581 grams) while the 10.1-inch full HD IPS display provides a crisp, vibrant visual view from any angle. Viewing is safer and more comfortable, as the tablet also reduces the harmful blue light that causes eyestrain.

In addition to viewing and listening pleasure, you can employ this tablet to turn up the thermostat or make a hotel reservation — all by just asking, with Google Assistant functionality. With the Google Assistant’s Ambient Mode, the tablet doubles as a screen-enabled smart home hub. The sensitive 360-degree far-field voice recognition feature picks up voices even from across the room.

Why should you buy this? This tablet offers high-end processing, with a modern design — and it comes at a much lower price than the Galaxy Tab S7.

Who’s it for? Anyone who wants a decent tablet for web browsing and social media without having to spend a ton of cash.

The big difference is inside, where the Tab A7 relies on a midrange Snapdragon 662 processor and 3GB of RAM. It comes in two variants, with either 32GB or 64GB of storage. There is also room for a microSD card. It also has a 7,040mAh battery, and there’s also a single-lens, 8MP main camera and a 5MP front-facing camera. You won’t find S Pen support here, but it does work with Samsung’s desktop DeX mode.

For browsing the web, watching movies, and casual gaming, the Samsung Galaxy Tab A7 will tick all your boxes.

Why should you buy this? The Amazon Fire HD 10 has a nice big screen, with enough processing power to satisfy most users, and it works excellently within Amazon’s ecosystem.

Who’s it for? Anyone who wants a big screen for basic video-streaming and social media.

Why we picked the Amazon Fire HD 10 (2021 version): The Amazon Fire HD 10 is the most affordable tablet on our list. It has a lovely display with a resolution of 1920 x 1200 pixels at 224 ppi that’s even brighter than our previous favorite, the 2019 version. It’s flanked by stereo speakers with Dolby Atmos support, making it optimal for watching movies.

The new Fire HD 10 version upgrades the device to 3GB of RAM on a quad-core processor and offers a new split-screen feature for Fire OS that shows two compatible apps open side by side for multitasking. Other specs include a 2MP front-facing and 5MP rear camera with 720p HD video recording. The Fire HD 10 also features dual-band Wi-Fi for connecting to 2.5GHz or 5GHz Wi-Fi bands for fast download speeds.

You can buy the Amazon Fire HD 10 with 32GB or 64GB of storage, but it also supports microSD cards (sold separately). It should last a respectable 12 hours on a single charge. This tablet runs Amazon’s Fire OS — an operating system based on Android — so any future software and security updates, guaranteed over four years after purchase date, will come from Amazon. Alexa is built-in for hands-free voice commands, but as it isn’t a traditional Android tablet, there’s no Google Play Store. Instead, you have to download apps directly from Amazon’s App Store.

Why should you buy this? The Amazon Fire HD 8 offers all the same features offered by the Fire HD 10, but in a smaller, more portable package.

Who’s it for? Anyone who wants the cheapest Android tablet out there, that’s also portable enough to take on the road.

Why we picked Amazon Fire HD 8: The Amazon Fire HD 8 (2020) is a refresh of the 2018 model, and it doesn’t bring a whole lot new to the table. It does offer a USB-C port and a faster processor, but the real advantage to this is that it’s ultra inexpensive while offering a small and portable design. The display is a 1280 x 800-pixel resolution, and while it’s not the sharpest out there, it’s definitely good enough to watch movies on.

The Fire HD 8 is also available in a range of different colors, and you’ll get Dolby Atmos speakers around it that deliver decent audio quality. And, as you would expect, the tablet deeply integrates with Amazon services, like Amazon Prime Music and Prime Video. Alexa also works pretty well on the device.

Battery life is impressive, too. You’ll get up to 12 hours of mixed use, which can include reading, gaming, and streaming. The Fire HD 8’s Fire OS software, a customized version of Android, isn’t for everyone. But folks immersed in the Amazon ecosystem will appreciate the For You interface, a recommendation engine that puts videos, apps, games, and movies from the retailer’s library on your home screen.

You won’t find a perfect tablet for less than $100, but the Fire HD 8 is a solid package. Sure, the screen isn’t as sharp or vibrant as we’d like, and the hardware struggles under heavy loads, but there is no better tablet at this price.

Why should you buy this? The Amazon Fire HD 8 Kids Edition has parental controls built into it, plus comes with a ton of great kid-friendly content.

Who’s it for? Anyone who wants a solid tablet for their kids that allows them to keep track of what they’re doing on the device.

Why we picked the Amazon Fire HD 8 Kids Edition: The 2020 Fire HD 8 has a kids edition, and it’s probably the best tablet for parents and guardians who want something to entertain and educate their kids. It has an 8-inch display with a 1280 x 800 resolution, and it delivers bright and vivid colors, along with 32GB of internal storage. That’s perfect for storing books, games, and other media. There’s a microSD card too.

As you might expect, there’s a solid selection of parental controls too. Fire OS is the operating system under the hood, and it’s a customized version of Android that in this case, allows you to set educational goals, and restrict access to content that’s not appropriate. It also has a Parent Dashboard that offers insight into what your kids are doing on their tablets.

There are some sweet freebies with the tablet too. You’ll get a free year of Amazon’s FreeTime Unlimited, which is a library of over 15,000 games, apps, books, and videos for kids. Every purchase is backed by Amazon’s two-year, no-questions-asked replacement policy: If the Fire HD 8 breaks, Amazon will replace it. Simply put, there is no better tablet at this price for young kids who still need parental supervision.