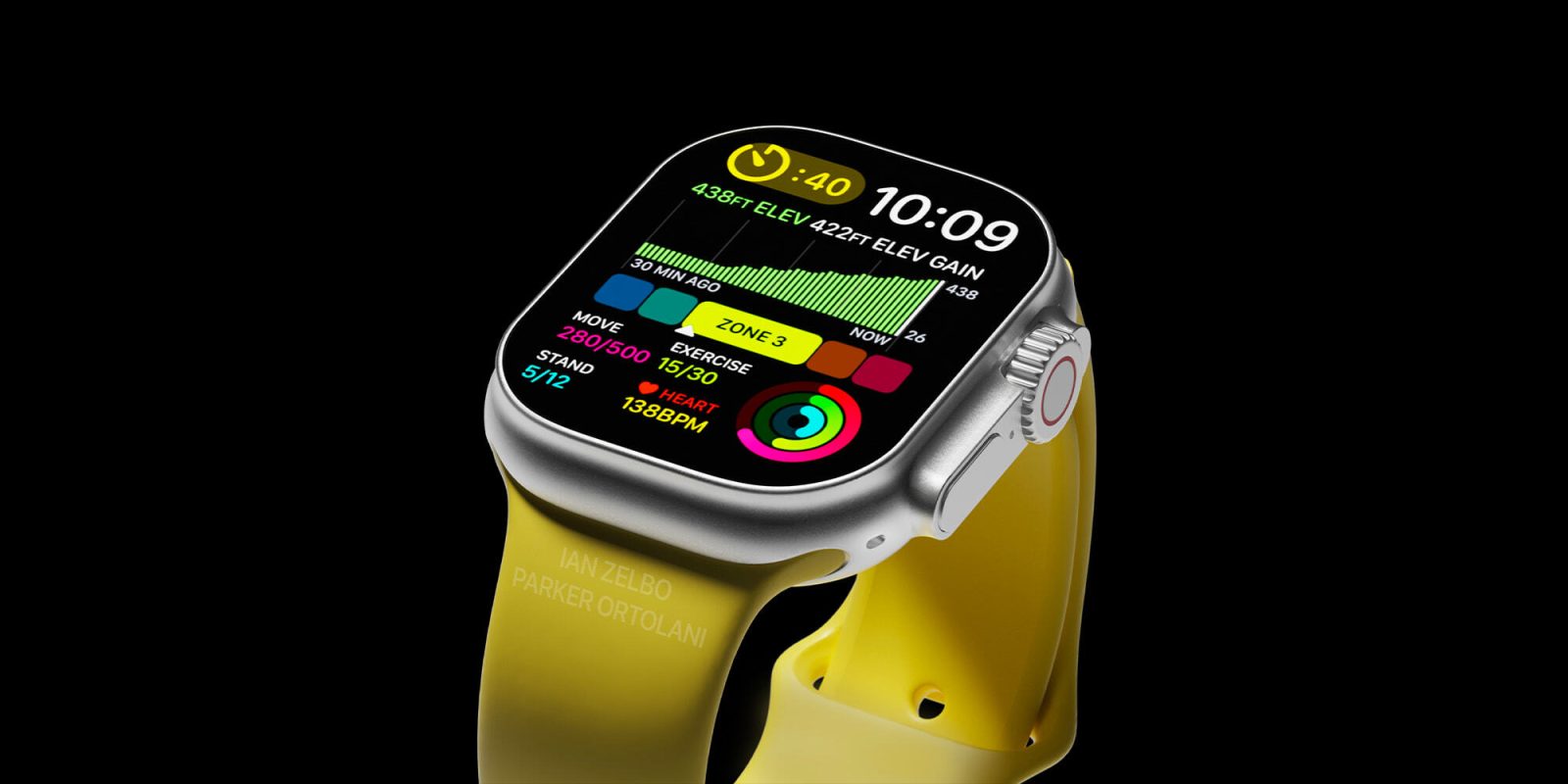 Apple will likely unveil the Apple Watch Pro during its iPhone 14 event tomorrow. This week, leaked third-party cases brought the best look yet at what to expect from this model as rumors suggested Apple will make it the largest Apple Watch announced so far.

Zelbo and Ortolani based their renders on leaked computer-aided design (CAD) and information shared by Bloomberg‘s Mark Gurman in his latest Power On newsletter.

9to5Mac expects a physically larger device, with a 47mm+ casing and a display of fewer than two inches. The display is set to be flat, rather than the rounded one on existing models, likely to better protect the glass from impact. The case material is believed to be titanium. We’re also expecting a larger battery, to extend battery life.

On one side, we can see two openings, one long and one rounder and more oval-shaped. One is likely to be for the speaker, which sits centrally on that side of current models. The position of this cutout suggests that it has been repositioned off-center. On the opposite side, there’s the Digital Crown with a side button and the microphone.

What’s interesting from the CAD and the renders are that the new Digital Crown – which looks bigger than previous models and it’s a Crown Guard – is kind of protected by the Side button. One Twitter user noted that this protrusion could be a nod to the Nautilus watch, which is former Apple chief of design Jony Ive’s favorite watch.

What to expect from the Apple Watch Pro?

In his latest Power On newsletter, Bloomberg‘s Mark Gurman said that apart from the S8 chip, body temperature sensor, and women’s health features, this high-end, rugged watch will be aimed at “heavy-duty athletes like mountain bikers, hikers, and marathon runners.”

With a “noticeably larger display,” it will feature redesigned watch faces, more fitness and health-tracking statistics, a larger battery, and the rumored low-power mode.

Gurman said this device “probably won’t appeal to all consumers, as it’s going to be bigger than most wrists.” About the retro compatibility controversy, the journalist doubled down on the fact that “given the larger size, older Apple Watch bands may not look flush with the device, but the new case is designed so existing bands can still work.”

The journalist also talks about Garmin’s competitiveness and price point:

The device should appeal to people who’ve coveted the also-large Garmin offerings. Apple has been working on this new watch for a while. (…) I expect this watch to come in at least $900 to $1,000, topping the current Apple Watch Edition. For comparison, Garmin’s high-end watches cost between $1,000 and $1,500. Amazfit also competes in this category, though generally at lower prices.