If you thought the Apple ecosystem could not get any more expensive, get ready. The upcoming Apple AR/VR headset may require two Apple Watches to use. At $300 a piece for the cheapest Apple Watch, that’s pricey.

The rumors come from a patent discovered by Patently Apple, as first reported by TechRadar. The U.S. Patent and Trademark Office granted Apple a patent for Apple Watch systems to detect hand gestures, including when one hand touches the other. This could also apply to track when a hand touches an object such as a mouse or keyboard. The system uses radio frequencies broadcasted from the watch to track movements. 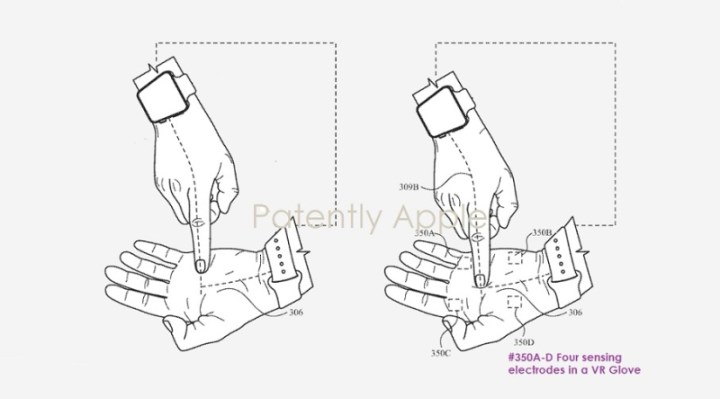 VR manufacturers have had a tough time figuring out the hand-tracking technology to make VR usable. Meta (formerly known as Facebook) is one of the only companies to pull it off, by using two handheld paddles with buttons and joysticks. Google had to ditch its much-hyped Google Glass when they couldn’t figure out how to interact with the world in AR/VR. People looked silly shouting “OK Google!” every two minutes in public didn’t turn out to be a great solution.

The Apple AR/VR could be prohibitively expensive if these rumors are true. The headset alone is rumored to cost upwards of $3,000. Add on a further $1,000 for two Apple Watches and the price becomes ridiculous. We don’t see how this could be a viable consumer product.

Instead, Apple may include two Apple Watch-style devices with the headset. These realistically won’t have the same functionality as a fully-fledged Apple Watch and would be designed solely for use with the AR/VR headset. This is the same approach Meta took with its Oculus paddles. Another approach Apple could take is to include some other hand-tracking device with the glasses but allow users the option to use Apple Watch as well. In this case, the patent would be nothing more than a means for Apple to protect its technology.

Apple has said they are trying many different approaches to solve the hand-tracking problem with VR. The Apple AR/VR headset is expected to launch in 2023, although there is still no firm date from Apple.

Intel adds another piece to the Arc puzzle, but the most important parts are missing