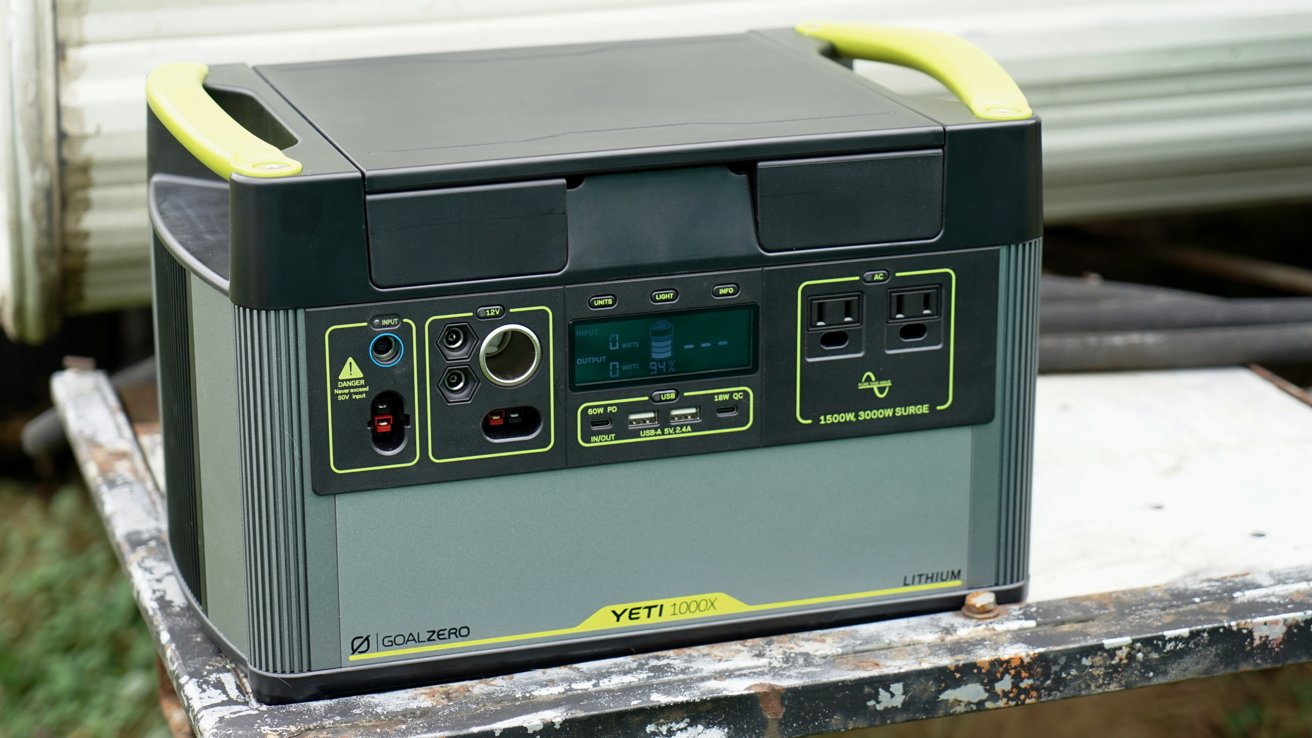 Modern portable power stations should meet some minimum requirements for consideration, and the Goal Zero Yeti 1000X struggles to meet any.

The Goal Zero Yeti 1000X is a medium-sized power station with few outgoing ports and a middling capacity of 983Wh. It works as a power backup system that can provide an iPhone with about 82 full charges or can run a 71W refrigerator for 14 hours.

This is a giant lithium-ion battery, so it isn’t dissimilar to the portable power bank you may use with an iPhone. Portable power stations are generally used for outdoor recreation like camping or to provide power in an emergency.

The Goal Zero Yeti 1000X has some built-in price inflation due to the brand’s popularity. It fits in with the rest of the Goal Zero ecosystem, and its functionality can be expanded using other Goal Zero products.

This isn’t the biggest or best battery pack on the market, and it runs more expensive than competitors with similar capacities at $1,300. Some design choices balance out the lack of versatility, but there may be better options on the market.

The 983Wh capacity is relatively low for its $1,300 price point. Other batteries we’ve tested have similar capacities at a lower price — or twice the capacity at only a 1/3 price increase.

The case has a premium build with aluminum and plastic components. The top is hollow with storage for cables and houses additional ports.

All interfacing elements and ports are located in the front of the battery, and two ports are hidden below the lid. There are vents for thermal exhaust on the sides.

The case isn’t waterproof, so customers need to keep it out of the rain or wet environments. It also won’t work at freezing temperatures, so it needs to stay in a dry, warm location to operate normally.

The LED display shows the current battery charge level, power input, output, and an estimation of when the battery will fully drain. There are warning indicators for high temperature and battery malfunction.

Buttons above the display control what information is shown. There is a “light” button that will shut off the display to conserve power.

The “units” button toggles the displayed units between volts, amps, watts, and watt hours. The “info” button changes the time estimate from “hours to empty” to “hours to full” if charge and discharge are occurring at the same time.

The port layout on the Goal Zero Yeti 1000X is simple and organized by inputs/outputs and port types. There’s an 8mm input and 12V expansion port under the lid. The expansion port is only used to attach other Goal Zero products.

On the front, starting from the left is another set of input ports, 12V DC outputs, USB ports, then AC outlets. The inputs are another 8mm connector for the included 120W power supply and a high-power port for 600W max input — used for solar and large power supplies.

Buttons above each output section control whether power is applied to those ports. Only turn on output for a section in use, or it could lead to faster battery drain. For example, we could see an 8W power draw from the powered-on outlets with nothing plugged in.

The USB port section includes a 60W PD that can be used for input and output. That means a USB-C charger of up to 60W can charge the Goal Zero Yeti 1000X, but at an incredibly slow rate — half the AC charger rate.

There are two USB-A ports rated for 12W. These are relatively slow and useful for charging small devices like AirPods or an Apple Watch.

The second USB-C port is an 18W charger which can charge products but isn’t able to fast-charge iPhone 12 and newer. Those models need a 20W minimum.

Since the Goal Zero Yeti 1000X has a limited number of ports, we tested it with higher-load devices assuming that users of this product would do the same. Fewer ports mean less versatility, but the high-power output can be useful as an alternative use case.

A small space heater turned on high drew about 1370W, or 10V at 130A. This drained the battery in about half an hour.

The internal fans kicked in with this high load connected and were very audible within a few feet of the battery. Loud enough that the hum of the heater fan was drowned out.

After such a high drain, we plugged the battery in to top it back to 100%. The included charger is only 120W, so the estimated charge time was over eight hours. Also, the 120W power supply has a large brick that gets incredibly hot during use.

A bright blue light constantly flashes when input is applied to the Yeti 1000X. There is no way to stop this light from flashing, so we recommend black electrical tape.

Of course, heaters aren’t a typical load for portable power stations because of the high power draw. The Yeti 1000X is more tuned for the long-power operation of something like a refrigerator or laptop.

For its price, it is odd that the USB-C port is limited to 60W. We’d expect at least one 100W option that would be useful for a MacBook Pro. Instead, we’ll have to rely on the AC outlet for higher charge rates.

Charging is a chore, especially when charging from zero. Goal Zero says that keeping the battery plugged in when not in use is safe and recommended.

The slow charge time isn’t surprising as other large-capacity batteries can take hours to charge, but this mainly depends on what power supply is being used. The EcoFlow Delta 2 we’ve tested has a built-in power supply that fast charges the battery to 80% in just under an hour.

The Yeti 1000X does have a fast charge function, but customers will need to purchase a separate 600W power supply for $200. This large power supply can charge the battery in two hours instead of nine.

Like other portable power stations, the Goal Zero Yeti 1000X can power devices even when charging. Connected devices won’t lose power if the battery input is suddenly cut off, so it serves as a functional uninterruptible power supply.

Should you buy the Goal Zero Yeti 1000X

The value of a portable power station lies mostly in how a customer plans to use it. For example, fewer ports may not be a concern if the battery is intended to power only one or two appliances or devices.

There are just too many things going against the Goal Zero Yeti 1000X to make it recommendable. Perhaps those who already have several Goal Zero products would be tempted, but otherwise, customers should look elsewhere.

Fewer ports, less capable USB-C, a hot and slow 120W power supply, and flashing charging indicators add up to a sub-par experience. It doesn’t help that this is already set at a premium compared to other products in its category.

If this product existed in a vacuum without any competition, it would be a 3. It does what it says on the box without any product-side issues.

However, competition does exist and there are better products available — for lower prices. We also can’t get past the annoyances of the bright flashing light and 120W power supply.

Because of the cons listed above, we can’t recommend this product. If you’re new to our scale, a 1.0 would imply this device is broken or doesn’t work as advertised, which isn’t the case. So, we’ve landed on 2 out of 5 since it at least works.

Where to buy the Goal Zero Yeti 1000X 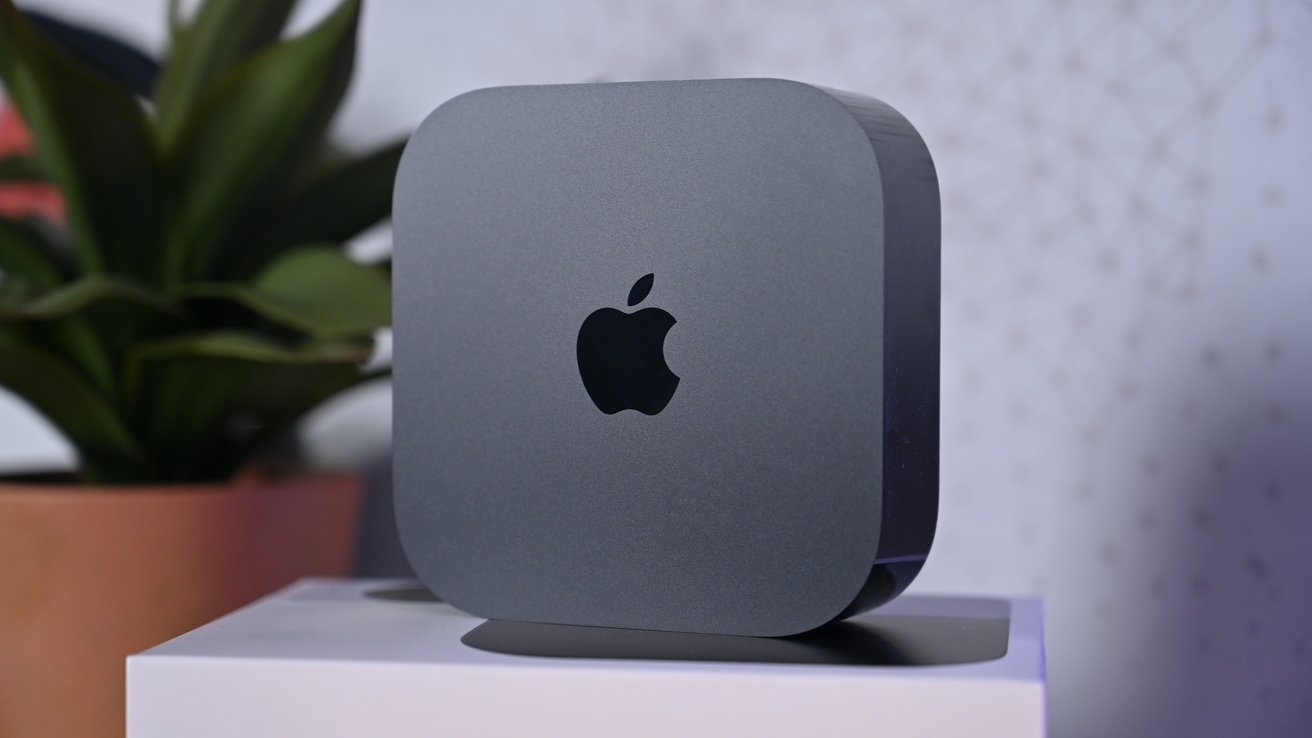 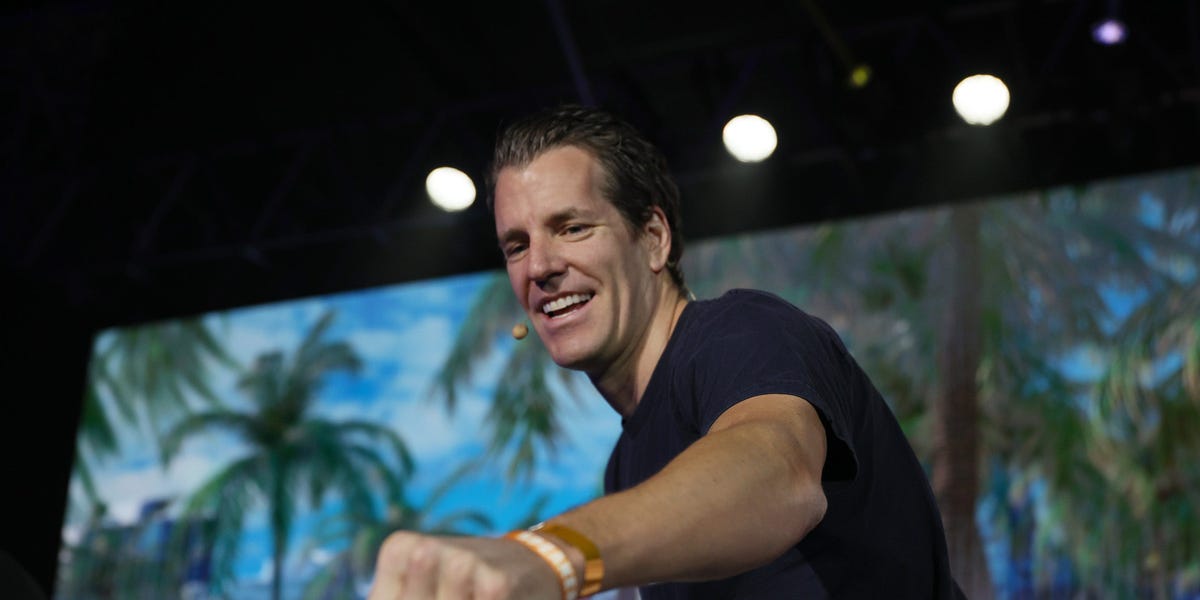