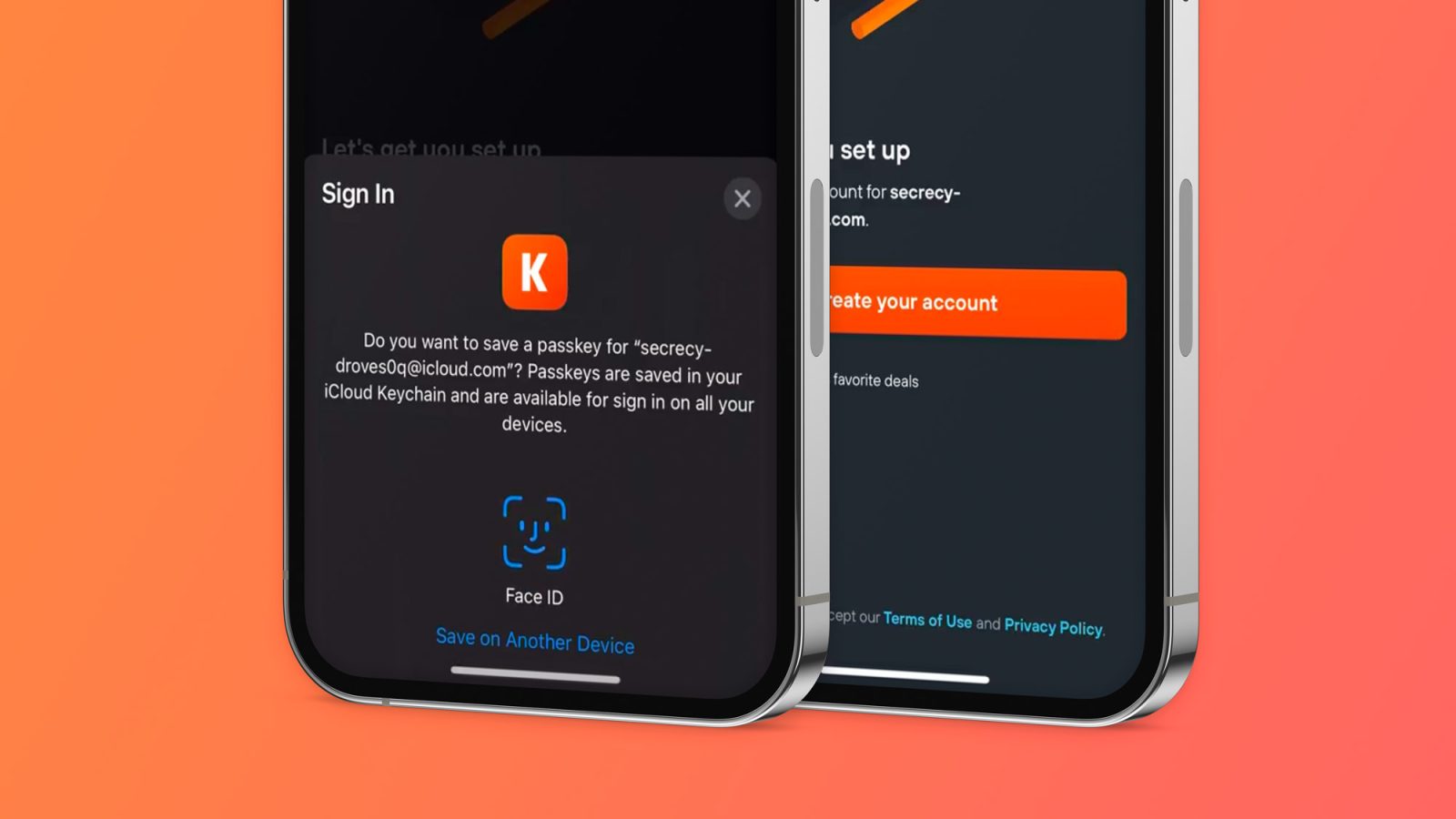 Now that iOS 16 has officially been released to the public, developers have been rolling out updates to not only make their apps compatible with the new version, but also to take advantage of new features like Passkeys. Apps like KAYAK and CardPointers have already updated their iOS apps to support the new passwordless sign-in method.

How does it work?

Passkey is one of the new features available with iOS 16. For those unfamiliar, Passkey is actually a new authentication method that comes to replace traditional passwords. It was created in partnership between Apple, Google, and Microsoft based on the FIDO Standard.

Rather than creating a traditional password that can be easily guessed or leaked, a Passkey is a unique credential stored locally on your device that requires biometric authentication to be accessed. Since these keys are not visible to the user, it’s more difficult for attackers to gain access to them.

Apple has implemented Passkey support in both iOS 16, iPadOS 16, and macOS Ventura for apps and websites. The credentials are synchronized between the devices of the same user via iCloud. And if you need to log into that app or website via another platform, you can generate a QR Code of the unique key stored on your device to authorize a new one.

Apps and websites that already work with Passkeys

Popular travel app KAYAK is one of the first iOS apps to support Passkeys. With the latest version of the app, users can easily sign up using just Face ID or Touch ID without the need for a traditional password. You just enter your email and the system does everything else.

The KAYAK app for iOS is available for free on the App Store. In addition to KAYAK, Best Buy, eBay, CardPointers, and WordPress.com already work with the new Passkey feature. Do you know any other apps that already work with Passkeys? Let us know in the comments below.

Filipe Espósito is a Brazilian tech Journalist who started covering Apple news on iHelp BR with some exclusive scoops — including the reveal of the new Apple Watch Series 5 models in titanium and ceramic. He joined 9to5Mac to share even more tech news around the world.