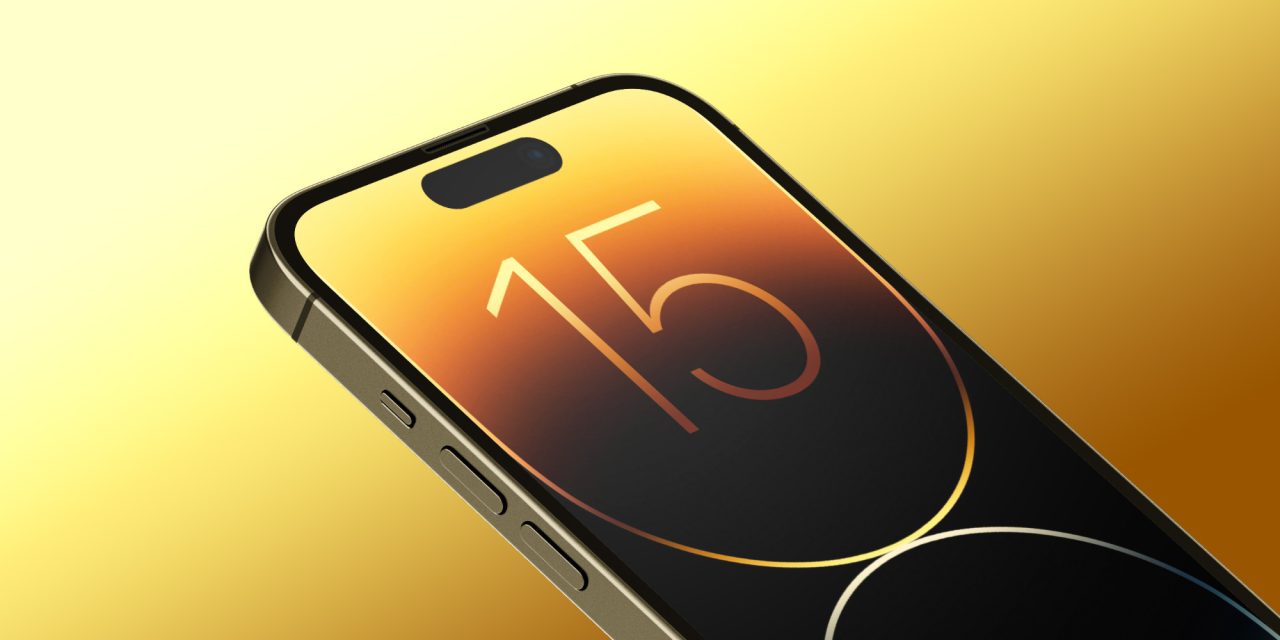 The iPhone 14 lineup made a big change to the available screen sizes, dropping the 5.4-inch iPhone â€œminiâ€ option in favor of a new iPhone 14 Plus with a 6.7-inch display. While the iPhone 14 Plus is apparently selling worse than Apple had anticipated, rumors are that the company plans to continue this strategy next year.

As such, the iPhone 15 and iPhone 15 Plus also wonâ€™t add support for an always-on display, since this feature relies on the ProMotion and LTPO display technology.

Apple is almost certainly going to switch the iPhone 15 and iPhone 15 Plus to USB-C for connectivity, replacing the decade-old Lightning connector. The switchover comes as the European Union implements a new requirement that all smartphones and other devices use a common charging port, which would be USB-C for the time being.

As of right now, the rumors are a bit unclear as to what sort of camera updates to expect from the iPhone 15 and iPhone 15 Plus. The iPhone 14 added a handful of camera upgrades, including the Photonic Engine for improved processing and a dramatically better front-facing camera.

We expect Apple to build upon the existing camera hardware next year, either with upgraded camera hardware or new software features. More rumors will emerge over the coming months.

TheÂ iPhone 14 Pro and Pro Max got the latest A16 chip, while theÂ iPhone 14 and iPhone 14 Plus are powered by the A15 â€“ though they do get the 6-core variant from the iPhone 13 Pro.

What about iPhone 15 Pro and iPhone 15 Pro Max? Weâ€™re expecting fewer changes here in terms of screen sizes and display technology. In fact, as of right now, it seems like things will stay the same.

This makes sense seeing that the iPhone 14 Pro and iPhone 14 Pro Max featured dramatic display upgrades with the addition of the Dynamic Island and always-on display. Instead, it seems like Appleâ€™s focus will be on perfecting these features while also bringing the Dynamic Island down-market to the iPhone 15 and iPhone 15 Plus, as mentioned earlier.

One small design tweak that we could see is Apple replacing the clicky volume and power buttons with solid-state buttons, similar to when it replaced the physical Home button on the iPhone 7 with a solid-state button instead.

One more thing to consider is the possibility that the iPhone 15 Pro and iPhone 15 Pro Max adopt Thunderbolt connectivity alongside USB-C. This would match the strategy Apple has taken with the iPad lineup, where all latest-generation models have USB-C but the highest-end iPad Pro models also support Thunderbolt.

Initially, it was rumored that the iPhone 15 Pro models would feature a new â€œ8P,â€ or eight plastic lenses, rear-facing camera. More recent reporting says this might not be the case after all. â€œ8Pâ€ here is a reference to the number of elements in the lens. When a manufacturer takes an existing lens design and adds elements, this is generally done to reduce distortion.

Periscope lenses rely on a prism that reflects light to multiple internal lenses at 90 degrees to the camera sensor. This allows the length of the lens to be much longer than a telephoto lens, which results in a much better optical zoom. The telephoto lens on the iPhone 14 Pro models only offers 3x optical zoom and 15x digital zoom.

For comparisonâ€™s sake, the Galaxy S22 Ultra from SamsungÂ already has a periscope lens that enables 10x optical zoom and up to 100x digital zoom. OneÂ rumor has saidÂ Apple may opt for a 5x optical zoom. More specific details for Appleâ€™s implementation of a periscope lens on the iPhone 15 Pro Max are unclear, but ideally, it will bring the iPhone much closer to whatâ€™s already offered by Samsungâ€™s flagships.

The iPhone 15 Pro and iPhone 15 Pro Max will continue Appleâ€™s march toward even more powerful Apple Silicon chips. It was first reported last year that Apple would be one of the first companies in the world toÂ adopt a new 3nm process and that weâ€™d see the first of these chips in 2023.

The latest iPhone 14 Pro models use an A16 chip, which some have referred to as 4nm, but it would be more accurate to say that itâ€™s a die-shrunk 5nm chip.

Next yearâ€™s iPhone 15 Pro and iPhone 15 Pro Max are expected to use the A17 Bionic processor, which will likely be based on the 3nm process. Shrinking the process size leads to a major change in terms of performance as well as efficiency, which could make for significant battery life improvements next year.

In terms of naming and strategy, Apple reportedly has some changes in store for next yearâ€™s iPhone lineup. The company is said to be planning to further differentiate the iPhone 15 Pro from the iPhone 15 Pro Max. This is most evident in the camera upgrades that are rumored, but there are certainly other ways the company could do this too.

Additionally, thereâ€™s been speculation that Apple might rebrand the highest-end iPhone to be the â€œiPhone 15 Ultra.â€ This would match what we saw with the Apple Watch this year, with an Apple Watch SE, Apple Watch Series 8, and Apple Watch Ultra.

Ultimately, weâ€™re still in the early days of iPhone 15 and iPhone 15 Pro rumors. Weâ€™ll have plenty more over the next year that will help further paint the picture of Appleâ€™s plans.

The post iPhone 15 and iPhone 15 Pro: What the early rumors say about new features first appeared on 9to5mac.com 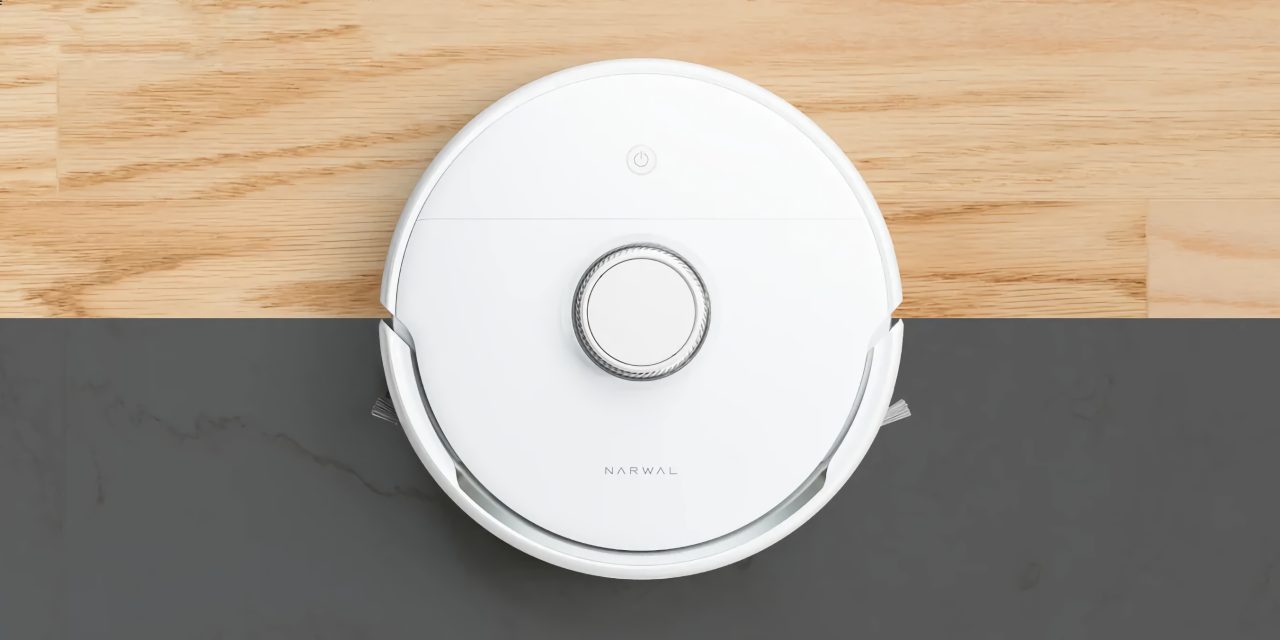 The Narwal Freo smart vacuum and mop robot intelligently cleans your floors, to save you time