The European Union has recently introduced new legislation that makes the USB-C the mandatory charging port for mobile devices, including smartphones. As a result, Apple will replace Lightning on iPhone with USB-C, with the iPhone 15 series believed to be the first to feature the new port. However, not all iPhone 15 models will have identical charging ports. The iPhone 15 Pro and Pro Max (Ultra) will feature USB-C connectors that support faster data transfers than the iPhone 15 and 15 Plus models.

Apple has confirmed that it plans to comply with the new USB-C regulations. But it did not specify whether the iPhone 15 will be the first model to make the switch. The USB-C data speed detail comes from Ming-Chi Kuo. He’s a well-known analyst who has provided accurate iPhone information over the years.

I explained that the iPhone’s move to USB-C doesn’t interest me for potential battery charging speed gains. We might not see Apple raise charging rates on the iPhone significantly soon. Also, the convenience of carrying a single USB-C cable isn’t the only benefit of USB-C. The port can support much faster data transfer speeds, and that’s a great feature to have on iPhone.

Only the more expensive iPhone 15 Pro and iPhone 15 Pro Max (Ultra) should feature the faster data speeds. According to Kup, the iPhone 15 Pro models will support at least USB 3.2, or Thunderbolt 3 speeds. This would be enough to boost transfer speeds to 40Gbps. That’s a great feature to have if you’re constantly moving plenty of data between iPhone and other devices, like large photo and video files.

As for the cheaper models, the iPhone 15 and 15 Plus will stick with USB 2.0 data transfer speeds over USB-C. That’s on par with current data speeds and hardly ideal. But Apple has pulled the same move with the iPad 10 recently.

The newest iPad comes with a USB-C port, completing Apple’s switch to USB-C for the iPad family. However, the tablet only supports USB 2.0 speeds, which is disappointing.

From Apple’s perspective, equipping only the iPhone 15 Pros with fast USB-C ports makes sense. It’s another reason for consumers to spend more money on a more expensive handset. But the regular iPhone 15 models will be flagship handsets that will be at least as good as the current iPhone 14 Pro models when it comes to power.

Kuo points out that almost all Android phones currently support USB 2.0 transfer speeds. Apple’s upgrade for the iPhone 15 Pros will drive competition and force Android vendors to match the iPhone’s speeds. It’s not unreasonable to expect that all iPhone models will offer similar transfer speeds at some point in the future. 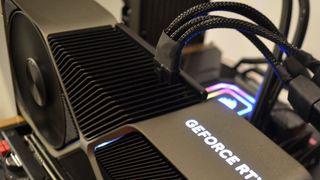