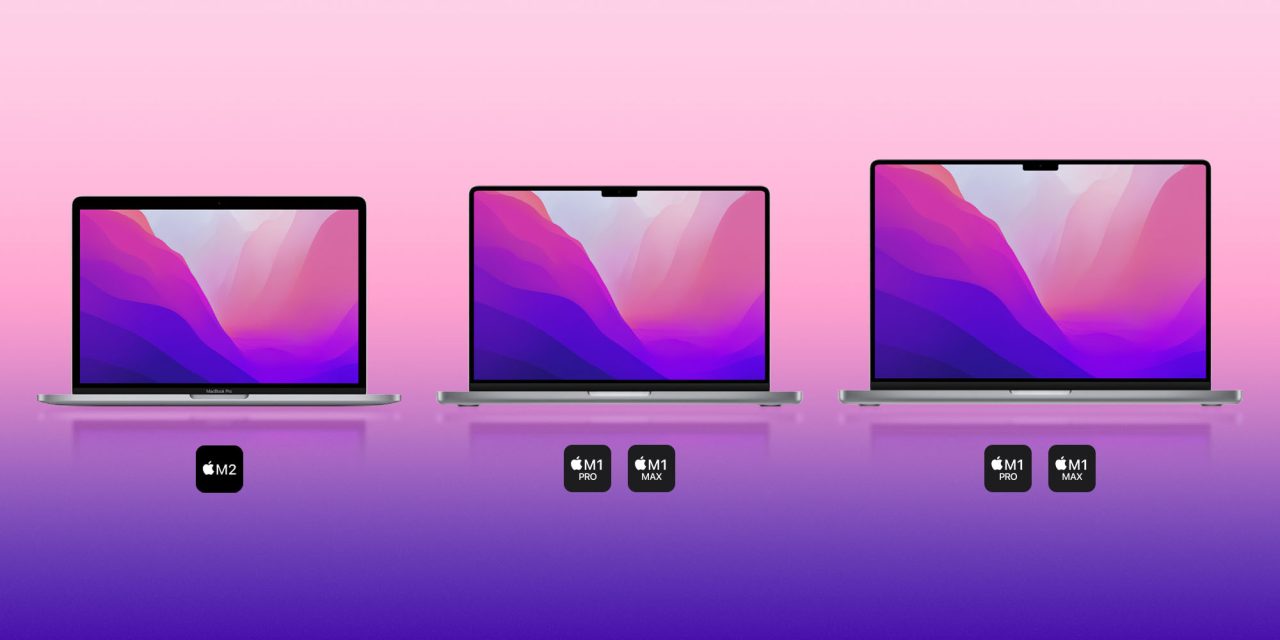 Powered by M1 Pro and M1 Max Apple Silicon, the most modern MacBook Pro laptops feature the most powerful CPU and GPUs (outside of the M1 Ultra), increased RAM, miniLED ProMotion displays, expanded I/O, and much more. Read on for an in-depth comparison of the 14 and 16″ MacBook Pro vs the 13″ M2 and 16″ Intel machines to help you decide which to pick in 2023.

Update 1/12: M2 Pro and Max MacBook Pro updates are expected this year. But while there were previous expectations of the new laptops landing in early 2023, we’ve seen our first report that they may be delayed to around summer. If you can’t wait that long for your new machine, check out all the details below on how the current MacBook Pro lineup compares.

Apple impressed with the M1 MacBook Pro, Air, and Mac mini in late 2020 and the next-level Pro notebooks that landed in late 2021 feature the M1 Pro and M1 Max chips.

That includes RAM up to 64GB, CPUs with up to 10-cores, and GPUs with up to 32-cores. Other additions see a 1080p webcam, Liquid Retina XDR Display with mini-LED backlighting, updated I/O array with HDMI, SD, and MagSafe returning, and much more.

And if you’re on the fence between the 14-inch MacBook Pro and the MacBook Air, check out our detailed comparison.

Apple hasn’t shared detailed performance differences by percentage between the M1 Pro/Max and the M2 but even though the latter is newer, the M1 Pro/Max remain considerably more capable.

Beyond that, Apple says the M1 Max offers 4x faster GPU performance than the M1 and comes with an incredible 400GB/s memory bandwidth which is 4x greater than the M2.

Both the M1 Pro and M1 Max feature up to 10-core CPUs made up of 8 performance cores and 2 efficiency cores (base model 14-inch with M1 Pro has an 8-core CPU).

Overall, here’s a closer look at what you get with the M1 Pro and M1 Max:

Both the M1 Pro and M1 Max feature media engines to offer hardware-accelerated H.264, HEVC, ProRes, and ProRes RAW support. But that’s supercharged with the M1 Max with double the ProRes encode and decode engines and double the video encode engines.

If having the maximum GPU power for your workflow is a priority (including support for 4 external displays vs 2), you’ll want to upgrade to the M1 Max. If not, the M1 Pro should be plenty powerful.

A major advancement with both of the new MacBook Pro notebooks is the Liquid Retina XDR Display. It features double the sustained brightness via mini-LED backlighting, ProMotion with up to 120Hz refresh rates, an increased resolution/pixel per inch density, and greatly reduced bezels.

Notably, the new MacBook Pros come with a notch at the top center of the display for the 1080p FaceTime camera. But unlike the iPhone, the notch doesn’t include Face ID hardware/support on the latest MacBook Pro notebooks.

But all-in-all you’re getting much slimmer bezels around the whole perimeter.

Another big change with the 2021 MacBook Pro notebooks is the return of legacy I/O. Apple has included an HDMI port, SDXC card reader, and the return of MagSafe (officially called MagSafe 3).

Apple has also done away with the Touch Bar and with the compromise of more ports overall, there are 3 Thunderbolt 4/USB-C 4 ports instead of 4.

Another big benefit of the M1 Pro and M1 Max is external display support. The M1 Pro supports up to 2 6K displays at 60Hz and the M1 Max offers support for 3 6K 60Hz displays plus 1 4K 60Hz display.

One interesting caveat with the HDMI port, it is limited to 2.0 instead of using the more capable 2.1 standard.

Physical dimensions are quite close but again the new machines are a touch larger on the whole. As usual for the MacBook Pro lineup, available colors are silver and space gray.

Battery life is impressive with the 2021 MacBook Pro machines. But while the 14 and 16-inch MacBook Pro offer best-in-class performance per watt, the 13-inch M2 MacBook Pro will have the longest life when it comes to wireless web use.

As you can see below, the 2021 16-inch MacBook Pro runs circles around the 2019 Intel model with 10 hours longer video playback and 3 hours longer wireless web use.

Another benefit of the 2021 MacBook Pro models is fast charging which gives 50% battery in just 30 minutes. In most use cases, it looks like the new MacBook Pros should offer all-day battery life.

If you need a new laptop now or soon, you may have to choose between the existing M1 Pro, M1 Max models, or the entry-level M2 MacBook Pro. But if you can wait until as late as this summer, it’s probably worth hanging on to what you’ve got.

In 2023, there’s not really any reason to go with the 13″ M2 MacBook Pro. You’ll either be much better served with the 14 or 16″ MacBook Pro or you should pick up the M2 MacBook Air instead.

For those on the fence about which MacBook Pro specs to go with, remember that you can get the same 10-core processor with the M1 Pro and M1 Max. The big difference you’re paying for is the extra GPU power including the more capable media engine and increased external display support with the M1 Max chip builds.

When it comes to RAM, if you have medium to heavy workflows and plan to keep your new MacBook Pro for multiple years, going with 32GB or more will likely be worth the $400+ upgrade.

The post Which MacBook Pro should you buy in 2023? Here’s how they compare first appeared on 9to5mac.com 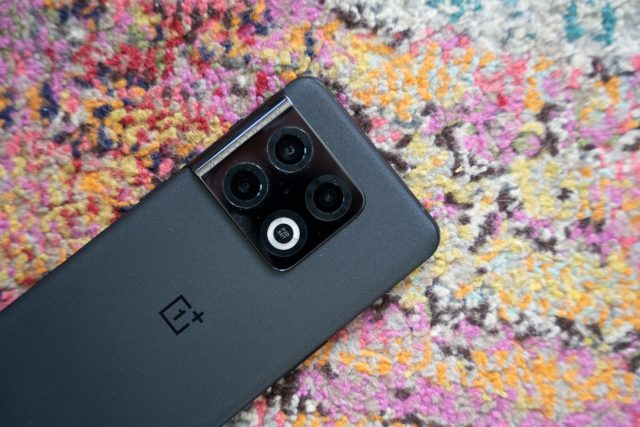