Nvidia has given us an update – of sorts – on the melting-cable controversy that has affected some owners of the new flagship RTX 4090 graphics card – though doubtless, it’s not the news those hit by the problem want to hear.

For the uninitiated, this is the well-documented issue with the ‘12VHPWR’ adapter provided to allow the RTX 4090’s 16-pin connector to be hooked up with ATX 2.0 power supplies (as opposed to brand-new ATX 3.0 models – we explain more about all this here).

So, what’s the big update from Team Green? Nvidia told KitGuru (opens in new tab): “We continue to investigate the reports, however we don’t have further details to share yet. Nvidia and our partners are committed to supporting our customers and ensuring an expedited RMA process for them.”

Nvidia came out early to say that it would be investigating this issue, as you’d hope, so that update is just to let us know that this investigative process is continuing, and there’s nothing else to say yet.

It’s disappointing to get what is effectively a sort of ‘non-update’ from Nvidia. Evidently, it’s a complex issue to address, but we’re hoping there won’t be too long a wait before we do hear something concrete as to what Team Green believes is going on here.

The problem is that the longer we don’t get an official answer, the more other theories (some of them quite worrying) are floating around as to what might be the root cause of these melting adapter cable incidents (including accusations of under-specced 150V cables, as Tom’s Hardware (opens in new tab), which spotted this update, points out).

However, the front-running theory seems to be that any melting adapter or cable issues are wrapped up in the adapter not being properly seated in its port on the GPU itself. This was one idea put for early on, and it makes some sense – the problem being that if there isn’t a proper and full connection made between connector and port, then that can be hazardous (particularly due to the hefty amount of power being guzzled by the RTX 4090).

What doesn’t help is that the adapter setup can be put under a lot of strain in some scenarios, as users need to bend the cable around sharply to fit it against the side panel of their case due to the giant size of the RTX 4090. By all accounts, this is something you should very much avoid, though as noted, we still don’t have definitive proof of the root cause here.

Hopefully, Nvidia will have a more enlightening update forthcoming soon enough, as this is certainly one of the nastier situations to afflict a new graphics card in recent memory.

The post Nvidia’s update on RTX 4090 GPU cable controversy is not what you want to hear first appeared on www.techradar.com 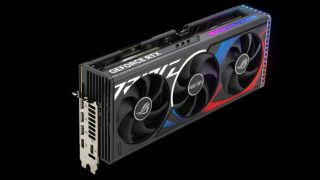 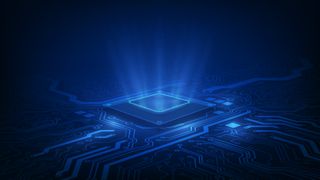