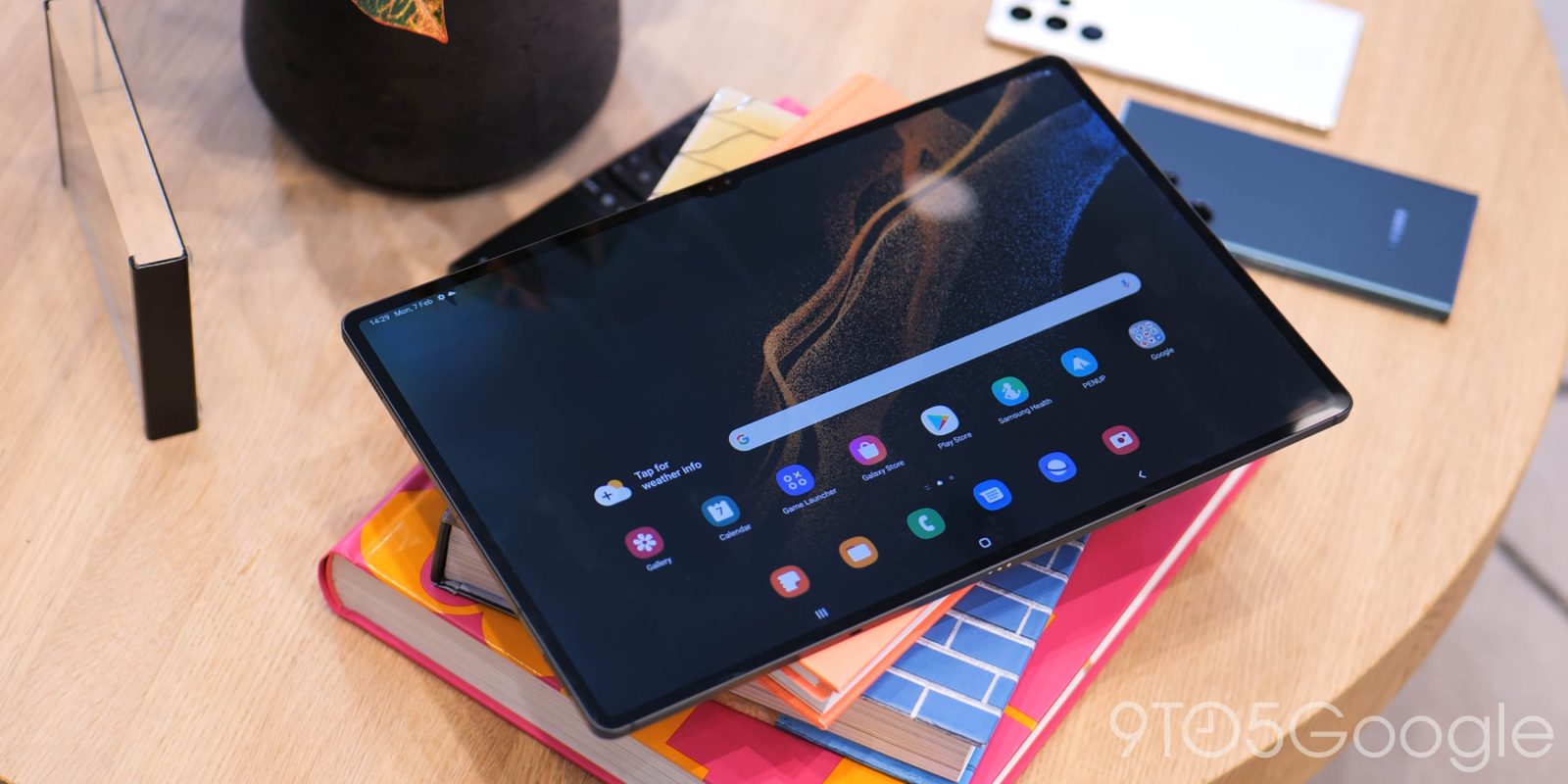 Google’s refocused efforts on Android tablets were spearheaded by the collection of improvements present in Android 12L. Now, Android 12L is making its way to Samsung’s Galaxy Tab S8 series.

An update is rolling out now to the Galaxy Tab S8 to bring Samsung’s tablet up to One UI 4.1.1 which is based on Android 12L. The updated version of One UI is already available on the Galaxy Z Fold 4 and Flip 4, being a huge boost to the former’s overall experience as we said in our review last week.

What’s new this year is support for Android 12L, Google’s initiative to bolster the Android operating system on larger screens. On the Galaxy Z Fold 4, that’s felt with the taskbar, a bottom-mounted row of apps that you can quickly switch between, or drag into split-screen multitasking. It works wonderfully, and can easily be minimized by just long-pressing on the gesture bar. Samsung even slightly boosts Google’s implementation by adding an app drawer

Android 12L for the Galaxy Tab S8 brings the same enhancements we’re familiar with from the Galaxy Z Fold 4, including the bottom-mounted taskbar for quickly switching between apps as well as offering drag-and-drop to open those apps in the multitasking view.

As SamMobile points out, there’s also a new two-finger swipe gesture to switch between fullscreen and split-screen app views, better OCR text extraction with additional language support, and a new version of the “My Files” app that allows searching for content within a file. The update also carries features such as customizable caller backgrounds, improvements to Samsung Keyboard and Samsung Internet, and more.

One UI 4.1.1 is rolling out now to the Galaxy Tab S8, S8+, and S8 Ultra with the version numbers X70xBXXU2AVH2, X80xBXXU2AVH5, and X90xBXXU2AVH2 respectively. The update also arrives alongside the August 2022 security patch.

For now, the update has only been spotted in South Korea and parts of Europe.

Samsung previously confirmed to 9to5Google that Android 12L features, namely the taskbar, will be available on the Galaxy Z Fold 3 in time. At this point, that could be either an update to One UI 4.1.1, or the forthcoming Android 13/One UI 5.0 update.

Presumably, Android 12L improvements will continue to expand to the rest of Samsung’s tablet lineup, such as the Galaxy Tab S7 series and other foldables.

Here’s every Google app getting an Android tablet UI, and what updates are live [U: Google TV]

In what is perhaps the biggest Pixel Watch leak yet, a gallery of ...