On the surface, the Galaxy Z Fold 4’s internal foldable OLED panel may not look all that different compared to the Galaxy Z Fold 3. It’s the same dimension with the same crease. However, this crucial component has been significantly improved by Samsung Display.

The Galaxy Z Fold 4 features Samsung Display’s Eco2 OLED Plus display. The company has made considerable improvements to it for improved durability and higher perceived brightness. It’s an incredible feat of innovation.

Simply put even if the peak brightness is not higher than the previous panel, the increased transmittance coupled with contrast ratio and other elements makes this panel appear more bright. Samsung normally doesn’t share the peak brightness numbers of its foldable panels. Clearly, it has the expertise to extract more out of the panels anyway.

The new organic materials utilized to manufacture the Eco2 Plus OLED display reduce power consumption. This increases the energy efficiency of the Galaxy Z Fold 4, allowing the battery to last longer. Samsung Display’s UPC Plus technology also increases the perceived resolution by 40%. That’s why images are clearer with a higher number of pixels in the camera punch-hole.

The upgrades that a new device brings may never seem enough. It’s not always known precisely how the components that make up that device have been improved. In the Galaxy Z Fold 4’s case it’s evident that this one of the best foldable display panels on a smartphone today. 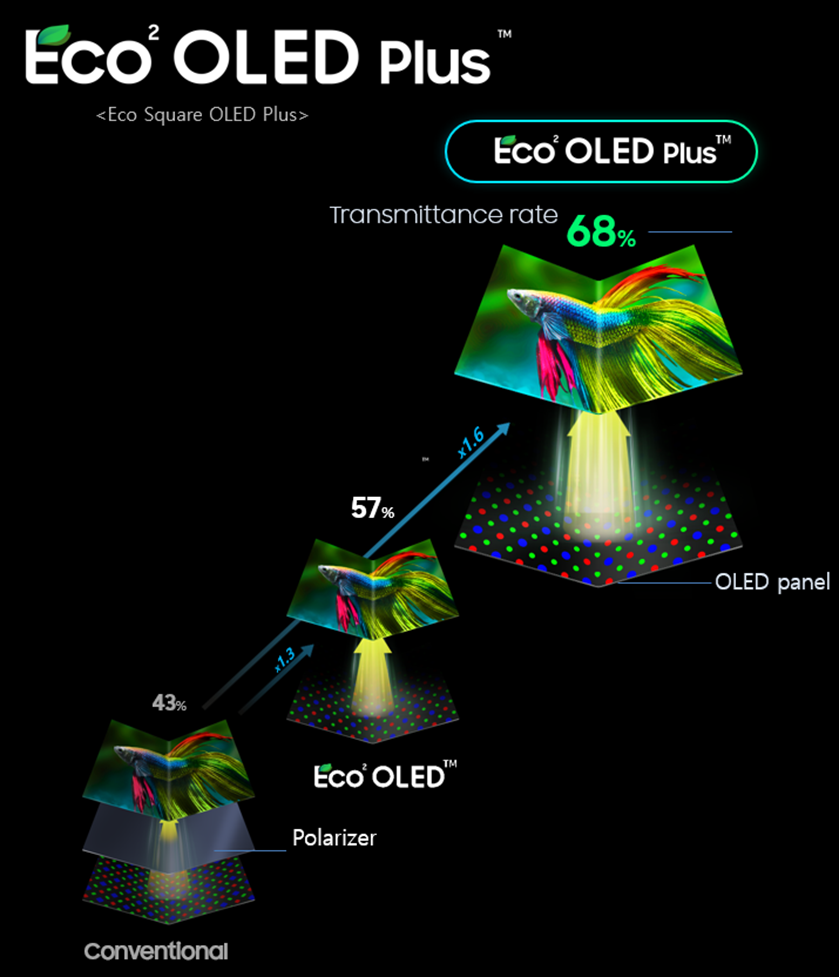