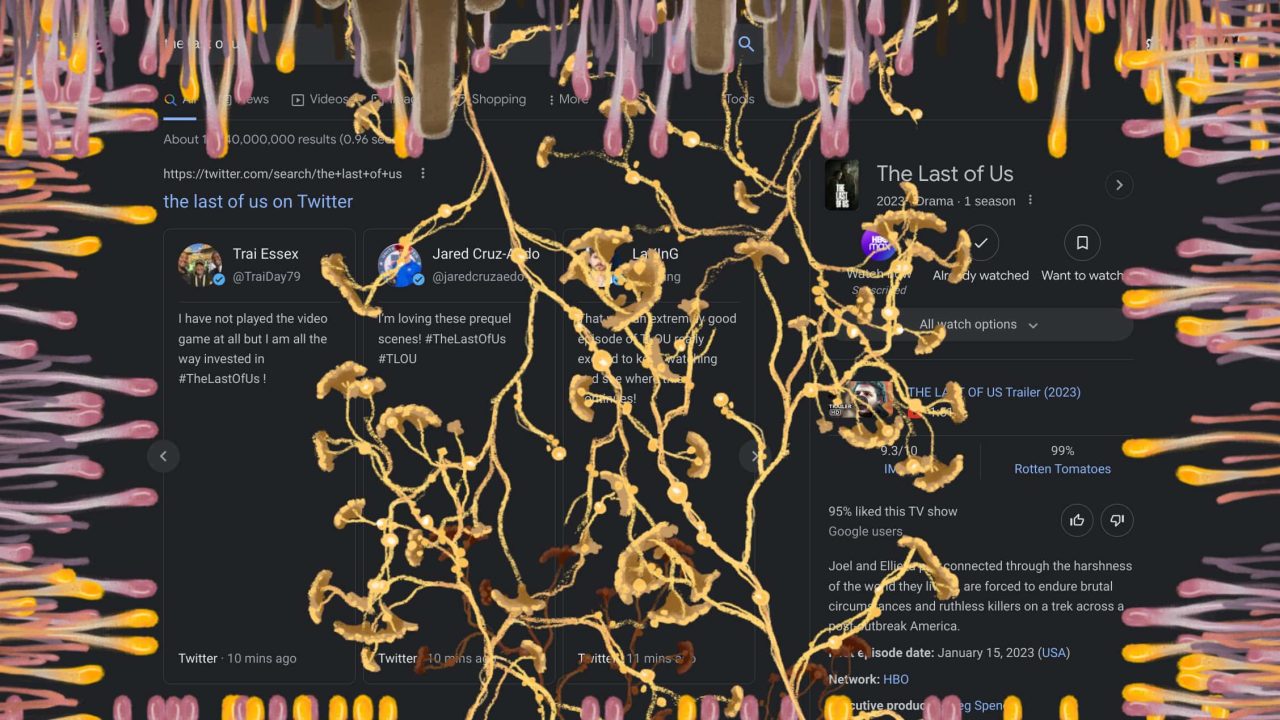 From Ingenuity to Twosday and Wordle (a year old as of yesterday), Google Search loves its easter eggs and the latest –  creepily – marks HBO’s excellent The Last of Us.

Searching “The Last of Us” on both mobile and desktop today will show a red mushroom button at the bottom of the screen. Tapping will populate the screen with what’s presumably Cordyceps. It’s unfortunately animated with the slowness of the swaying somehow even more creepy.

You can tap three additional times (on mobile, more with the desktop version) to have the entire results page overtaken with fungus, which is mercifully illustrated/drawn rather than photo-realistic, like the show…

There’s a button to share The Last of Us easter egg (https://g.co/kgs/jppECq), and you can tap ‘x’ to clear the screen and continue searching.

It’s a fun easter egg but at the same time NOPE, especially after episode 2. No spoilers, but there’s a good opening that sees the show continue to expand on the origin of Cordyceps after the premiere featured epidemiologists in 1968 conversing with a talk show host played by Josh Brener (Silicon Valley’s Big Head). Meanwhile, the ending of “Infected” is an ending…

The post Google Search gets ‘The Last of Us’ easter egg first appeared on 9to5google.com