This story is part of Focal Point iPhone 2022, CNET’s collection of news, tips and advice around Apple’s most popular product.

Google’s Pixel 7 Pro impressed me so much I gave it a highly sought-after CNET Editors’ Choice award. Its excellent triple camera system is superb, and I love the refreshed design and streamlined Android 13 software. But the competition is fierce, with Apple’s latest iPhone 14 Pro also packing some potent specs and a set of cameras that can take truly superb images. And yes, we loved that phone enough to give it an Editors’ Choice award too.

So which one of these award-winning smartphones packs the best camera setup and which one should you consider if you’re looking for the best photography phone around? I took both phones around the stunning Edinburgh suburb of Leith to find out.

It’s an interesting matchup as both phones have similar camera offerings with a main standard lens, an ultrawide lens and a telephoto zoom. And both have already proven their photographic prowess in our full reviews, with rich images and excellent dynamic range being delivered on both sides.

I’ve since put the Pixel 7 Pro through some more tests and while it wasn’t top of the pack in night mode situations, I found its zoom gave the epic Samsung Galaxy S22 Ultra a run for its money.

Take a look at the photos above from the Pixel 7 Pro’s 50-megapixel and the iPhone 14 Pro’s 48-megapixel main camera lens. Both scenes are well exposed here, with controlled blue skies and plenty of detail to be seen in the more shadowy areas. The iPhone’s color balance is a bit warmer, which I think suits the scene well, although the Pixel’s image is arguably a touch more natural looking.

Switch to the ultrawide lens, and again both phones have done a great job in capturing this high contrast scene above. There’s very little to choose between them, but I think the Pixel 7 Pro’s more natural color tones might give it the edge.

Things change when we switch to the zoom lenses though, most notably because the Pixel 7 Pro’s 5x offers a much closer view than the 3x optical zoom of the iPhone 14 Pro. I love a longer zoom as it helps you find different photo compositions in a scene that would be lost to those who only have wide angle lenses. Using the zoom lens for the photos above let me capture a totally different scene, but I didn’t have to physically move to get it.

Again, that extra zoom on the Pixel let me get a tighter composition on the buildings next to the river in the images above, and it’s a better-looking photo as a result. That said, I prefer the tones and exposure of the iPhone’s shot, with brighter whites and a more vibrant pop of orange visible on the central building and richer blue tones in the sky.

The ultrawide photos above are more mixed however. While both phones achieved a generally decent exposure, they both have slightly blown out highlights visible in the distant clouds. And while I prefer the more natural blue sky of the iPhone 14 Pro, the Pixel 7 Pro has achieved more vibrant color tones on the buildings and trees toward the center of the frame. It’s tough to make a call on which is “better” here.

Back to the main camera lens, and there’s again very little to choose between the two pictures above. There’s tons of detail in both, and the overall exposure is spot on. If I were nitpicking — which I am — I’d say the Pixel 7 Pro’s sky has a bit too much of a purple tinge in it and it’s a slightly more contrasty scene overall. While that’s resulted in deeper orange hues on the fall leaves, it’s less representative of the actual colors of the scene. It’s largely down to personal preference, but I’m marginally erring toward the iPhone’s shot here.

The photos above show the same scene but from the ultrawide lens this time. To my eye, it’s an easier win for the iPhone here. The overall color balance is more natural. And while the iPhone kept a decent contrast in the darker area in the bottom left, the Pixel has tried to brighten this area artificially, resulting in a weird-looking grey patch that I’m not keen on.

With the Pixel 7 Pro now packing auto-focus on its ultrawide lens, it’s able to offer macro photography as it can focus within a couple of inches of the lens. It’s something Apple introduced on the iPhone 13 Pro, and it’s great fun to experiment with.

In the macro photos above, I prefer the image from the Pixel 7 Pro’s camera. The white balance has resulted in more vibrant — and more accurate — blue-purple tones on the flower’s petals. The leaves in the background also have more of an emerald tone, rather than the yellow-green tones seen on the iPhone’s shot.

And it’s much the same in the pictures above when I used the phones to get a low-down shot of this dandelion, with the blue sky behind it. The Pixel 7 Pro’s shot has much more vibrant green tones in the grasses around the subject. The iPhone 14 Pro captured a warmer scene, with more yellow tones seen in the grasses that I personally don’t like as much.

The Pixel 7 Pro is packing a 10.8-megapixel front-facing selfie camera, which is slightly below the iPhone 14 Pro’s 12 megapixels. It’s not a huge difference, there is slightly more detail visible when you zoom in. Both shots are generally solid, however, although I think the Pixel has gone a bit too “HDR” by reducing the highlights on my face too much. Personally, I prefer how I look in the iPhone’s image.

Both phones have a wider-angle option for the front-facing cameras, which is helpful if you want to capture more of your surroundings or want to squash more of your friends into the picture. I took the photos above in this mode, and the Pixel actually has the edge slightly in terms of fine image details. But again, I prefer the exposure and contrast from the iPhone as the Pixel’s HDR has flattened the tones in my face a bit too much for my liking.

When switching to night mode on both phones, I had to give an early win to the iPhone in the photos above. Its white balance produced a nicer-looking shot without the overly warm orange tone seen in the Pixel’s image.

It’s also clear that the iPhone’s image is sharper when cropping in to 100% on both images, with the Pixel’s shot showing some motion blur, particularly on the pub sign. Look at the spotlights on the wall sculptures above; the Pixel’s shot hasn’t been able to capture the dynamic range here, resulting in blow-out areas, while the iPhone has done a much better job of keeping those bright tones under control.

There’s not as much to choose between in these night-time shots above that I took overlooking Leith Shore. Both have similar color tones, exposure and only marginal improvements on the iPhone’s shot when viewed at 100%.

Switch to the zoom mode, and there’s a bigger difference between the two phones. In the images above, the Pixel’s shot is brighter and more vibrant but suffers hugely from motion blur, despite that fact that I stabilized myself against a bridge wall when taking the shot. I took three images here and this was the best I could get.

You can really see how blurry the Pixel’s image is when cropping in to 100%. Sure, the iPhone doesn’t have the same reach with its 3x zoom. But its shot is much sharper and clearer, and it easily takes the win here.

I also found that the Pixel 7 Pro is particularly susceptible to lens flare at night when shooting towards bright light sources like the street lamp shown in the pictures above. While both cameras suffer from lens flare, the Pixel’s is particularly problematic since most of the night sky is filled with red-pink flares surrounding the light. It’s a shame because this would otherwise have been a nice night-time scene.

Both phones took some truly superb photos during this test, and it’s not easy to give either one the definitive win. Some elements of what makes a “better” photo will come down to personal preference. In well-lit outdoor shots, I found that the Pixel 7 Pro achieved a more natural color tone from its main lens than the iPhone managed. But its colors weren’t as good in some wider-angle shots. Of course, you can set up different photographic styles on the iPhone to customize how the camera captures photos and make them look more natural if that’s your preference.

At night the iPhone is the clear winner though, with better colors, crisper detail and a superior ability to handle bright light sources — both in terms of exposure and lens flare. However, the Pixel 7 Pro absolutely takes the win with its superior zoom skills, with its 5x zoom letting you snag beautiful, crystal-clear images that are simply out of reach of the iPhone’s 3x zoom. I also preferred the look of the Pixel’s macro images in all of the tests I shot.

So which is “best” will come down to what you want most from your phone camera. If night photography is important, then go for the iPhone 14 Pro. If you want zoom skills to find creative compositions in your landscapes and street photography, then the Pixel 7 Pro is for you.

If you just want a great all around camera to snap vibrant shots of your kids at the beach, your friend’s food at a local market or some stunning woodland scenes on your next hike, then either phone will suit you incredibly well. Your bigger decision will instead come down to whether you want to go with iOS or Android as your operating system and whether spending the extra hundred bucks or so on the iPhone 14 Pro is worth it. 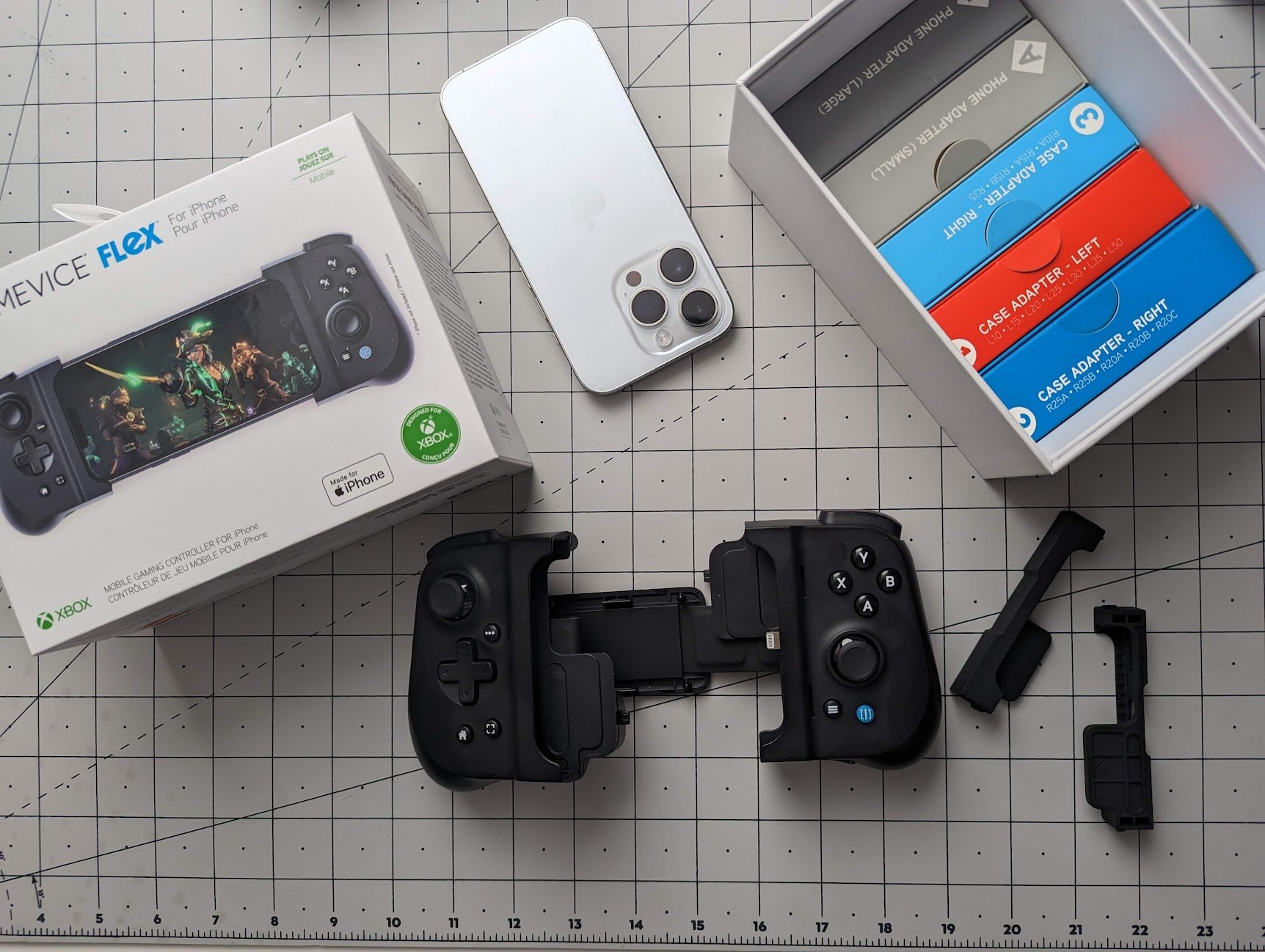 Gamevice Flex: A pro gaming controller for your iPhone 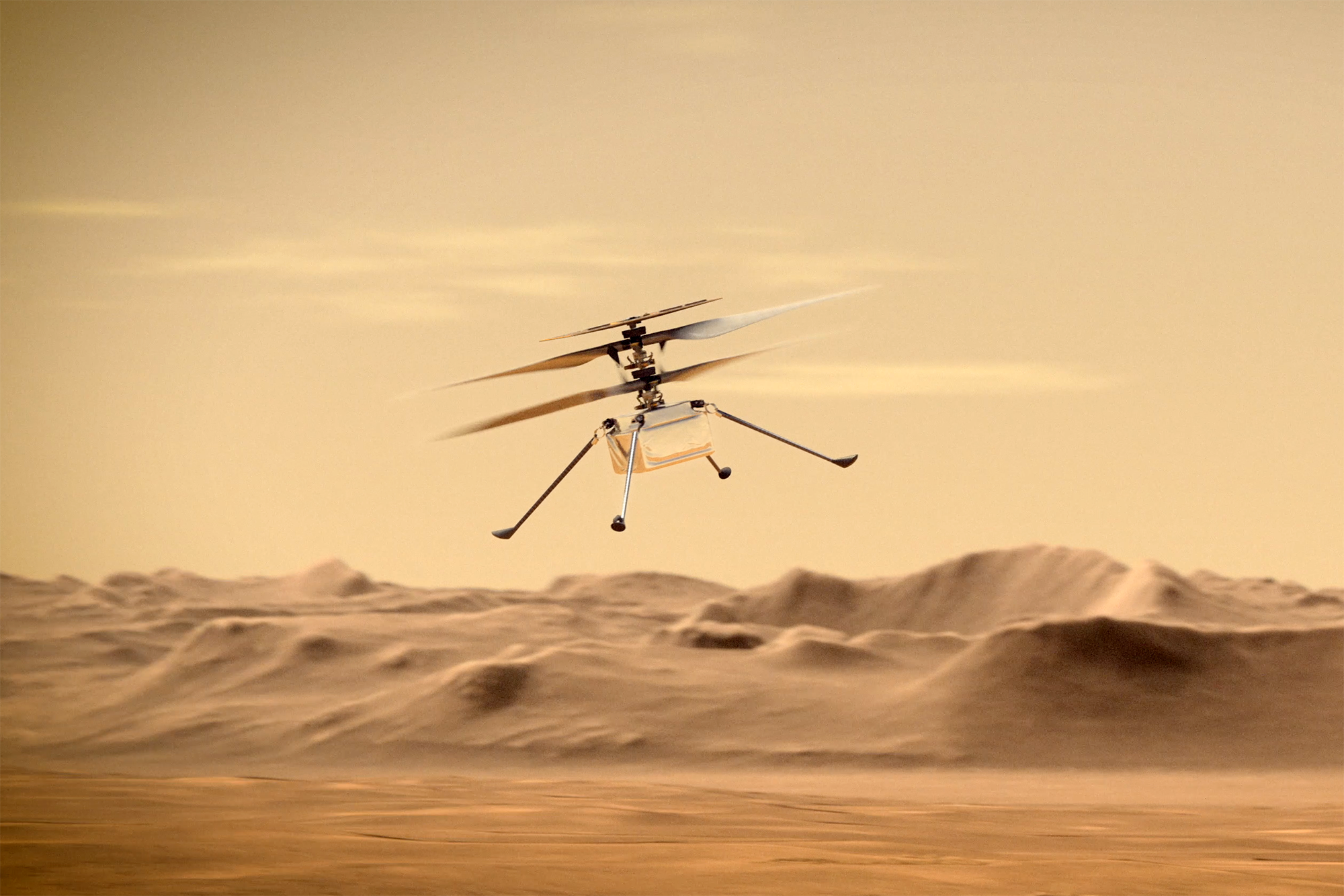 Have the new HomePod 2 or HomePod mini smart speakers? If so, you’ve ...

Upgrade your surround sound to Sonos. AppleInsider may earn an affiliate commission on ...