Samsung’s iconic S Pen went through a couple of key changes over the past few years. With the Galaxy Note series gone, the Galaxy S22 Ultra has become the default S Pen smartphone. Furthermore, Galaxy Z Fold customers can now pair their devices with an optional S Pen, and in part, Samsung appears to have made these changes to bring the S Pen into the mainstream.

Although these efforts to increase the S Pen’s popularity are commendable, I’m starting to believe that the S Pen should be supported by all or at least most Galaxy smartphones. And that is regardless of whether or not the phones have a digitizer. I know! It sounds counterintuitive, but allow me to explain this seemingly mad claim.

Almost every Galaxy phone could use a remote camera shutter button

I’m sure most S Pen users know that the iconic input device is more than just a stylus. The S Pen can also be a remote camera shutter button, and I believe this relatively simple yet effective feature should be supported by most Galaxy smartphones — even those that don’t have a digitizer — sans perhaps budget phones that lack advanced camera capabilities, to begin with.

And to be precise, I’m not suggesting that Samsung should pair every Galaxy smartphone with an S Pen and digitizer, design every phone with a built-in S Pen holster, or bundle the S Pen with every smartphone. I’m merely pointing out that the remote camera shutter button functionality of the S Pen could be useful across the board, even for Galaxy smartphone users that don’t like to use the S Pen as a writing or drawing tool.

Anyone who wants to dive deeper into mobile photography using their Galaxy phone could extract value from the S Pen through its remote shutter button functionality — especially Galaxy Z Flip users. Galaxy phones don’t need a stylus-grade digitizer to take advantage of the S Pen’s remote camera shutter button — they’d only have to be capable of connecting to the S Pen via Bluetooth.

Some will probably argue that adding S Pen connectivity to most Galaxy phones would complicate the user experience and confuse customers. And although I sort of agree at face value, it’s only up to a point. I still think that the alternative is better and that Samsung could make it clear that some phones can’t take advantage of the S Pen’s penmanship features — only the remote shutter button. For starters, Samsung could communicate the S Pen’s limitations on non-Galaxy S Ultra or Z Fold phones through pop-ups in One UI. After all, the Galaxy Z Fold 3 and Z Fold 4 don’t even support regular S Pens — they need special ones for the foldable display — yet nobody seems to mind or see this as a problem. So I’m fairly sure that customers would get the hang of the S Pen’s limitations on phones that don’t have a digitizer for the stylus part of the accessory.

In my opinion, adding S Pen Bluetooth connectivity to most Galaxy phones for the remote camera shutter button feature would help popularize the S Pen even further and expand the mobile photography capabilities for most customers in a meaningful way. It wouldn’t cost Samsung much to add this feature, and the company could probably profit from additional S Pen sales.

Regardless of my thoughts on the S Pen, if you are interested in remote camera shutter button functionality for your Galaxy phone, it can be achieved through the Camera Controller app for Galaxy smartwatches — obviously, you need a smartwatch, which costs considerably more than the S Pen. And if you happen to have a Nintendo Switch Joy-Con lying around, you can turn that into a remote camera shutter controller.

The post Most Galaxy phones should support the S Pen for this one feature first appeared on www.sammobile.com 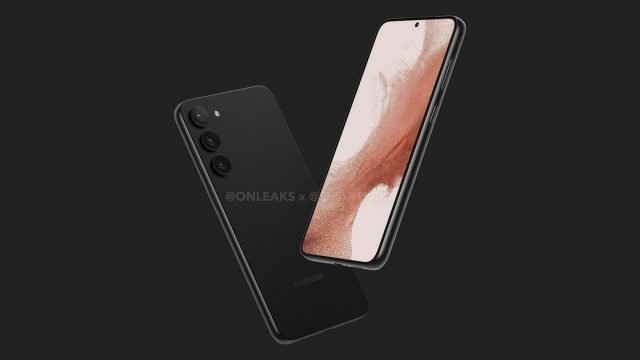 Qualcomm Confirms Samsung’s Use of Snapdragon Chips for the S23