Samsung pioneered the foldable phone form factor with the launch of the original Galaxy Fold in late 2019, and it has slowly buy surely improved so that we now have the more refined Galaxy Z Fold 4. But despite those improvements, the Fold 4 has nearly the same design as the original, meaning that it is a quite big and bulky phone.

Is there a different way to design a vertically folding phone?

The Find N2 also improves the one key element of a folding phone: it uses a different type of hinge that allows you to have virtually no crease when you unfold that main screen, a big advantage over the Fold 4. Plus, the Find N2 is no slouch either with the Snapdragon 8+ Gen 1 chip inside and a pair of capable cameras.

So how does this new type of a folding phone compare to the Galaxy Fold 4? Read on to find out.

Samsung started the folding phone idea and with Apple and Google absent from that game, it has seen no real competition in the folding space.

So that’s probably why we all thought that the Galaxy Fold is the only way to do a folding phone, until the Oppo Find N series came along and showed as a different way.

The Oppo is smaller, less tall, it fits better in a pocket and it weight nearly 10% less than the Galaxy, and while this may seem like a small thing, it actually is a quite profound change.

While the Galaxy feels a bit oversized for this reviewer, the Find N2 is way more reasonable while you still keep the advantage of having a large and square-ish main screen.

Both the Galaxy and the Oppo are well put together, the hinges feel solid and can withstand years of use. The Galaxy adds an extra layer of protection, though, with an official IPX8 water  protection (but no protection from dust ingress), which the Oppo is lacking.

When it comes to screen quality, both have beautiful high-resolution OLED screens and both the main screen and the front one support 120Hz fast refresh rate.

The wider aspect ratio on the front screen of the Oppo, however, makes it way more usable, while the Galaxy front screen is narrower and still feels cramped, especially when you have to type something on it. So this is another advantage of the form factor that Oppo went with.

The one breakthrough that comes with the Oppo Find N2 is a nearly “crease-less” screen, meaning you don’t get that quite big crease right in the middle of the phone as you do with the Galaxy. It’s still not a perfectly flat screen to be honest, as that is probably impossible with a folding screen, but it’s a big improvement over the Galaxy.

For security, both phones rely on a traditional fingerprint scanner embedded in the power key on the side of the phone. It’s equally fast and reliable on both phones, just as you would expect it to be.

Smooth throughout, but the Galaxy software is way more refined

With the powerful Snapdragon 8+ Gen 1 chip under the hood on both phones and coupled with a plentiful 12GB of the fastest LPDDR5 RAM on board, we have no complaints about the speed of these two.

Where you can spot a difference, however, is in the actual software of these two and this is where Samsung’s longer experience with foldable phones actually makes a difference.

Both phones adopt a dock with your essential apps, much like a traditional computer, but putting apps in split-screen mode and having apps float on top of each other just feels easier on the Galaxy. It also supports the DeX interface, which is a nice bonus feature.

One big concern we have with brands like Oppo that are not mainstream in the West is that they offer far shorter software support for their devices. Samsung gives you four years of guaranteed major OS updated and five years of security updates, while with the Find N2 you are probably looking at two major updates. Do keep in mind that the Oppo Find N2 is currently not officially sold in the Western world too.

Oppo has made a big leap in camera performance, but it’s still not as good as the Galaxy

The first edition of the Oppo Find N had one big compromise in the form of poor camera performance, so we were happy to see this current Oppo Find N2 makes big leaps in camera quality, but we think it’s still a small step behind the Galaxy.

Both have a triple rear camera system consisting of a main camera, an ultra-wide shooter and a telephoto zoom lens. You can see the detailed camera specs later on, but the one difference you should be aware of is that the Oppo comes with a 2X zoom telephoto camera, while the Galaxy goes with a 3X zoom one. We cannot say that one is better than the other: a 2X camera is perfect for portrait mode shots and is very versatile, while 3X obviously gives you longer range.

The main cameras on both phones are clearly in the flagship space and capture good looking shots. There are some slight differences: the Galaxy usually goes for a slightly warmer look, while the Oppo prefers a slightly colder and a bit less saturated tonalities.

In low light, we spotted cleaner detail and less noise on the Galaxy, but you do have to look closer to notice that.

The opposite seems to be true for the ultra-wide camera, though! The Galaxy has way more noise even in the clouds and not just the shadowy areas and the Find N2 ultra-wide snapper actually performed better in this challenging shot.

Portraits, however, do look better on the Galaxy. The Oppo had trouble focusing in low light and missed a few shots, while the Galaxy focuses easily and has sharper and better defined detail.

Samsung phones have deserved a reputation for having the best selfie cameras on the market in the last few years, and it’s no surprise to see that the Galaxy Fold 4 captured more pleasing selfies than the Oppo, which has a blurry shot with far less detail here.

You can argue that in low light, both phones don’t do a particularly good job as there is a lot of noise and footage does not look clean enough. However, when you look closer, you can see that the Oppo does worse with stabilization and has more jitter, so the Galaxy is definitely a step ahead in video recording.

The Fold 4 has impressive sound quality with a lot of oomph to it that you don’t typically expect out of a phone, and the Find N2 does not quite match that, even if it still has quite good and boomy sound.

Both phones also have flagship-level haptics with a solid vibration motor on both that provides a well-defined feedback while typing or for notifications.

If you are wondering how did Oppo manage to make a smaller phone than the Galaxy, which yet still has a larger battery size, well… you are not the only one.

But such are the facts: the Oppo comes with a 4,520 mAh battery, while the Galaxy has a 4,400 mAh cell. This is a nearly 3% larger battery size on the Oppo, not a huge difference for sure, but still something worth noting.

Due to an erratic brightness setting, we could not run our full suite of battery tests on the Find N2, but we did manage to run our YouTube video streaming test and the Oppo scored 9 hours and 31 minutes on it, beating the Galaxy with its score of 8 hours and 47 minutes, which is 8% better.

However, it is the zippy charging speeds that might make an even bigger difference in real life. The Galaxy takes around 1 hours and 25 minutes for a full 0 to 100% charge, while the Find N2 tops up fully in half that time in just 42 minutes. This means that you can always plug in the Oppo for 10 or 15 minutes when you find the time and have more than enough charge for a full day of use, so no need to worry about overnight charging.

The Galaxy, however, does have wireless charging, an option missing on the Find N2.

At the end of the day, the new challenger that is the Oppo Find N2 has made a lasting impression on us. We love its more compact form factor which we feel makes a profound difference in the convenience of lugging a folding phones around with you as a main device.

It gets the fundamentals right with a reassuringly solid construction, a nearly crease-less screen, great display quality, fast performance and long battery life. Those are also things that the Galaxy has going for it, but the Oppo adds the convenience of faster charging.

On the other hand, the Galaxy is definitely not a device you should write off. Samsung is running some incredible deals that bring down the price to more palatable levels, plus don’t forget that it has longer software support and the more refined interface makes multitasking a breeze on it (and you do need this on a folding screen).

Picking one of these two is a lot about your preference in size, pick the one that works better for you and chances are that you won’t regret getting either one. 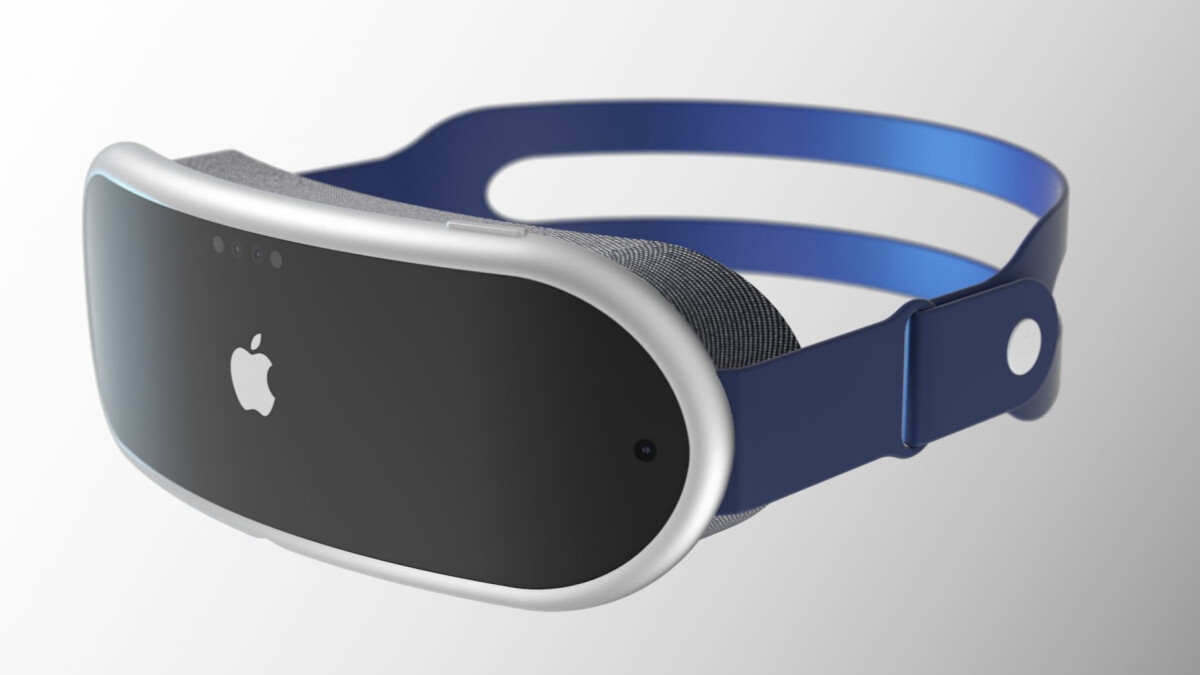 Apple's VR/AR headset: the most in-depth look yet 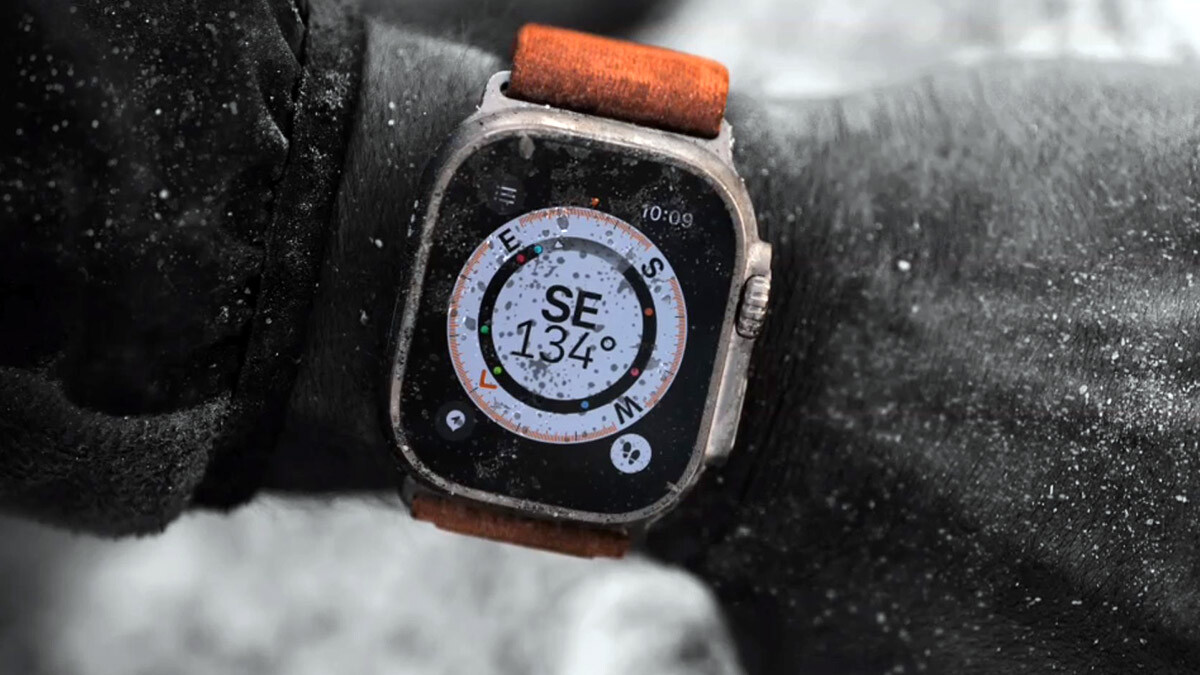