The OnePlus 10 Pro is still, technically, the company’s flagship, though the OnePlus 10T does offer a better SoC and charging. It is inferior in some other ways, though. Still, this is a high-end smartphone, and comparing it to the very best of Apple does make sense. In this article, we’ll be comparing the Apple iPhone 14 Pro Max vs OnePlus 10T. We’ve already compared Apple’s flagship to the OnePlus 10 Pro, in case you’re interested in that.

The iPhone 14 Pro Max and OnePlus 10T are both huge devices. They are both also quite powerful, but also immensely different in pretty much every way. The two devices look completely different, while their internals are different as well. They deliver different camera performances, and so on. Before we get into it, though, do note that the OnePlus 10T is considerably more affordable than Apple’s flagship. Having said that, we’ll kick things off with their spec sheets, and move from there.

When it comes to the design, you’ll immediately notice there are a ton of differences between the two devices. The iPhone 14 Pro Max comes with entirely flat front and back sides, and it’s flat all around. The OnePlus 10T does include a flat display, but its back is slightly curved towards the sides. Even though its display is flat, there is slightly curved glass on top of it, so the front is nowhere near as flat as on the iPhone 14 Pro Max. OnePlus is also going for proportional front and back sides.

The iPhone 14 Pro Max utilizes a stainless steel frame, in addition to a glass back. The OnePlus 10T, on the flip side, has a plastic frame, and a glass back (Gorilla Glass 5). You will not feel it’s a plastic frame, though. The OnePlus 10T is a lot lighter at 204 grams, compared to 240 grams. It is slightly taller, narrower, and thicker. Both phones are quite slippery, and the iPhone 14 Pro Max is more difficult to navigate with one hand due to its width and overall flat shape. It does cut into your hand more than the OnePlus 10T, though less than the iPhone 13 Pro Max. Both phones do feel quite premium in the hand.

The Apple iPhone 14 Pro Max includes a 6.7-inch 2796 x 1290 LTPO Super Retina XDR OLED display. This panel is flat, and it offers a 120Hz refresh rate. It does get extremely bright at 2,000 nits of peak brightness. This is the brightest display in a smartphone. It does support HDR10 content, and Dolby Vision. This panel has a 19.5:9 aspect ratio, and scratch-resistant ceramic glass protection. The OnePlus 10T, on the other hand, comes with a 6.7-inch fullHD+ (2412 x 1080) Fluid AMOLED display. This panel can show up to 1 billion colors, and has a 120Hz refresh rate. It’s also flat, but it has curved glass on top of it. It supports HDR10+ content, and we’re looking at a 20:9 aspect ratio here. This display is protected by the Gorilla Glass 5 from Corning.

For the vast majority of users, both of these displays will be more than enough. They are both gorgeous, and offer great viewing angles. The colors are vivid, the touch response is great, and the blacks are deep. Not even the resolution is that much different, so that’s not something you’ll notice. What you will notice, however, is the difference in brightness in direct sunlight. The iPhone 14 Pro Max can get a lot brighter when needed.

These are both high-end phones, and thus have powerful specs. That goes for performance-related specs as well. The iPhone 14 Pro Max comes with the Apple A16 Bionic processor, 6GB of RAM, and NVMe storage. The OnePlus 10T includes the Snapdragon 8+ Gen 1 processor, along with up to 12GB of LPDDR5 RAM, and UFS 3.1 flash storage. Apple does technically have a more powerful SoC, while everything else is faster on OnePlus’s side.

Specs aren’t everything, of course, but you’ll be glad to know that both companies optimized their phones well. Both of these phones fly through anything you throw at them, basically. Those two chips are the best mobile processors in the market, and it shows. Everything is immensely smooth performance-wise, on both devices. No complaints here, none whatsoever. Even if you’re a gamer, these two phones can handle anything you throw at them. Not even those occasional stutters that are usually visible on phones are present here, everything is immensely smooth. They do get warm during gaming sessions, but nothing out of the ordinary, nor does the performance suffer. You can’t go wrong with either one.

Apple’s flagship includes a 4,323mAh battery, while the OnePlus 10T comes with a 4,800mAh battery pack. The two OS’ do handle battery consumption differently, so don’t let these battery capacities confuse you. Now, the iPhone 13 Pro Max had amazing battery life, and its successor is not far from it. The OnePlus 10T, on the flip side, is probably the best high-end Android smartphone in this regard, its battery life is bonkers.

While using the OnePlus 10T, we’ve been able to get over 10 hours of screen-on-time, a number of times. The phone is constantly able to provide outstanding battery life, which is something power users will appreciate. The iPhone 14 Pro Max can also go to distance based on initial numbers, though, and it doesn’t really fall behind all that much, not at all. Both of these phones offer great battery life. Do note that your numbers may differ, though, and that gaming will impact battery life, maybe even considerably. Both cameras take really good pictures during the day. They both have really good colors, they balance out shots really well, and there’s plenty of detail in those shots. The iPhone 14 Pro Max seems to be more consistent, speaking of the main camera, and though it tends to blow out the highlights at times. Nighttime shots also look really good on both, we’re talking about the main cameras here. Both phones tend to have issues with light flares when lights are in the shot, though the problem seems to be pronounced on the iPhone.

The iPhone 14 Pro Max does have a better balance between its three cameras, the colors are spot on, and the transitions between them as well. The performance with all three cameras is really good in general, even in low light. The OnePlus 10T’s ultrawide camera is decent during the day, but when the light goes away, not as much. The macro camera is mostly not that useful, as the resolution is simply too low. You can, sometimes, get a good shot when the conditions are optimal, but it’s not really something you’ll be using often.

As expected, neither of the two phones has a 3.5mm headphone jack. You’ll either have to utilize a lightning port or a Type-C USB port, if you’d like to get a wired connection, depending on the phone. If you prefer a wireless connection, you can utilize Bluetooth 5.3 on the iPhone 14 Pro Max, or Bluetooth 5.2 on the OnePlus 10T.

That being said, both phones also have a set of stereo speakers. Speakers on both smartphones are quite good, actually. They’re loud, punchy, and well-balanced. They’re not the best we’ve heard, but they do the job.

Nothing Shows Off Its New Nothing Ear(Stick) 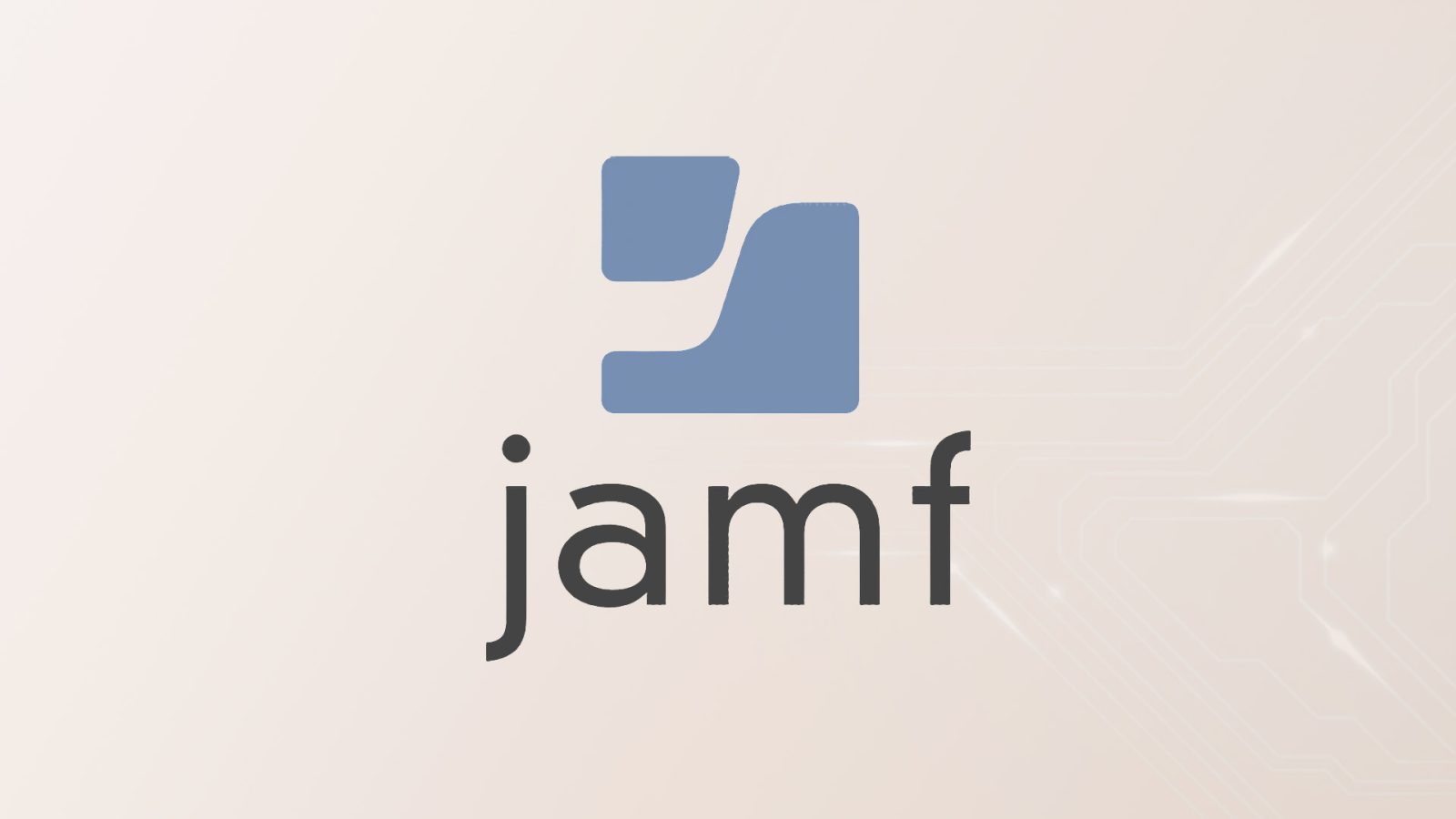 Deezer today has announced a new feature for finding songs that you can’t ...

Video conference platforms make attending meetings extremely convenient, not much can help you ...