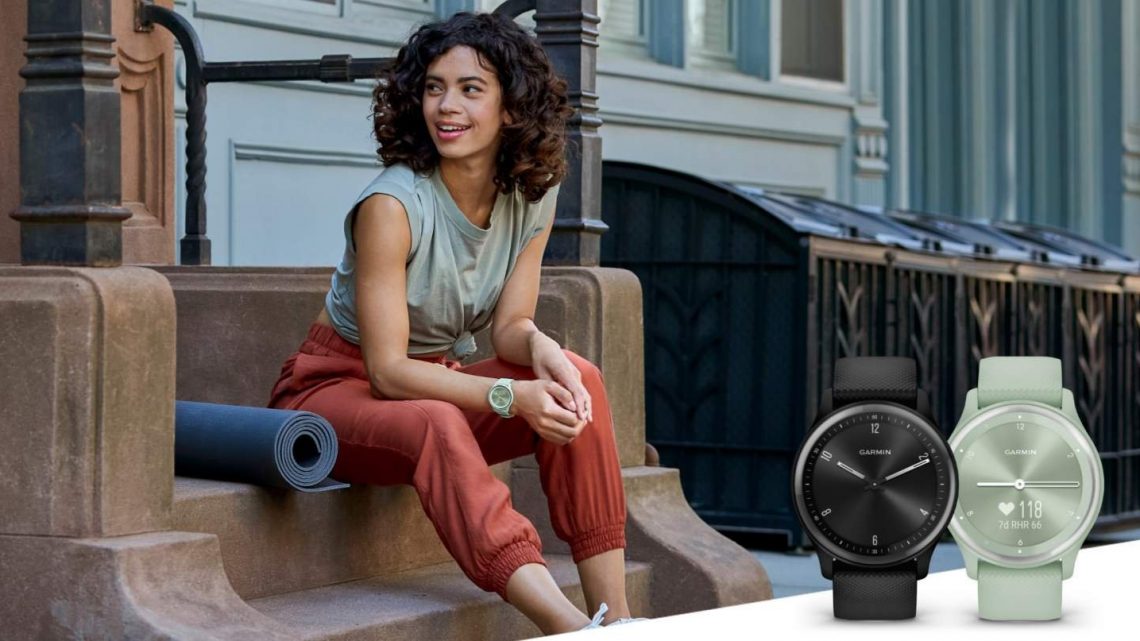 Garmin today announced two additions to its smartwatch lineup: the Vivomove Sport and the Venu 2 Plus. Anyone who’s a fan of Garmin’s smartwatches is likely already familiar with many of the features these two new watches offer, but there are a few standout features for each one. Both watches are also launching today, though the price of the Venu 2 Plus, in particular, might give some prospective buyers pause.

The Vivomove Sport is more or less like the other smartwatches and fitness trackers Garmin has released throughout the years. It comes with a variety of familiar fitness and health tracking features, including the ability to track respiration, Pulse Ox, stress, sleep, heart rate, and even hydration. Like many other recent Garmin smartwatches, the Vivomove Sport has women’s health features such as menstrual cycle and pregnancy tracking. In addition, it offers “Body Battery” tracking that lets people know when they have the energy for workouts and when they should chill.

Beyond those health and energy trackers, the Vivomove Sport can also track various workouts through a collection of sports apps. Those apps cover a range of sports, including yoga, strength training, and cycling. Of course, there’s also activity tracking, so wearers can use the watch to track calories and steps, with GPS to track distance, routing, and pace.

So far, the Vivomove Sport sounds like basically every other mainstream smartwatch Garmin has released over the past few years, but the watch does have one standout feature that isn’t quite so common: actual watch hands. These hands are meant to give the Vivomove Sport more of that “real watch” look, and they’ll automatically move out of the way when users activate the touchscreen underneath. You can see the mechanism in action in the video above.

Garmin says that the Vivomove Sport will last for as long as five days in smartwatch mode, but if you flip it into watch mode (which apparently disables the display and only shows the watch hands), you’ll get an extra day of battery life out of it. Of course, the watch will surface notifications for calls and text messages for both iOS and Android devices, and on Android, the watch can even be used to respond to texts. The more reasonably priced of the two watches introduced today, the Vivomove Sport is now available from Garmin’s website for $179.99.

With the Venu 2 Plus, we’re getting into the realm of premium smartwatches. On the surface, it seems to share a lot with the Vivomove Sport, as both watches have all the same health tracking features, including Pulse Ox, Body Battery, and Sleep Tracking. However, the Venu 2 Plus takes things one step further by allowing users to take a “Health Snapshot” that captures two minutes of vital stats and can then be shared with healthcare providers, which is certainly a nice touch.

The Venu 2 Plus also seems to have more baked-in fitness support than the Vivomove Sport, offering 25 sports and GPS apps and the capability to download animated exercises via the Garmin Connect app. The watch also comes with safety features like automatic incident detection and assistance alerts, which can be sent to emergency contacts in the event of an accident. Add to that support for things like Garmin Pay, onboard storage for music (along with Spotify, Amazon Music, and Deezer support), and push notifications from Android and iOS, and we certainly have a smartwatch on our hands.

The Venu 2 Plus stands out from its predecessor and the other smartwatches that Garmin offers in the introduction of two new voice features. Users can make voice calls using the Venu 2 Plus, so if you’ve ever wanted to feel like James Bond and speak into your watch, this is your big chance. The watch is also compatible with smart assistants like Siri, Google Assistant, and Bixby, so you can use voice controls to speak to them as well.

The Venu 2 Plus will be available with a 43mm case in three different colors and has a battery life that can extend up to 9 days in smartwatch mode. In GPS + Music mode, however, and battery life drops to 8 hours. What will it cost to live out the James Bond dream and have a smartwatch you can speak into? Unfortunately, quite a bit, as the Venu 2 Plus is priced at $449.99. If that high price isn’t enough to dissuade you, then you can find the Venu 2 Plus on Garmin’s website beginning today.

The LG Omnipod is a Self-Driving Home on Wheels