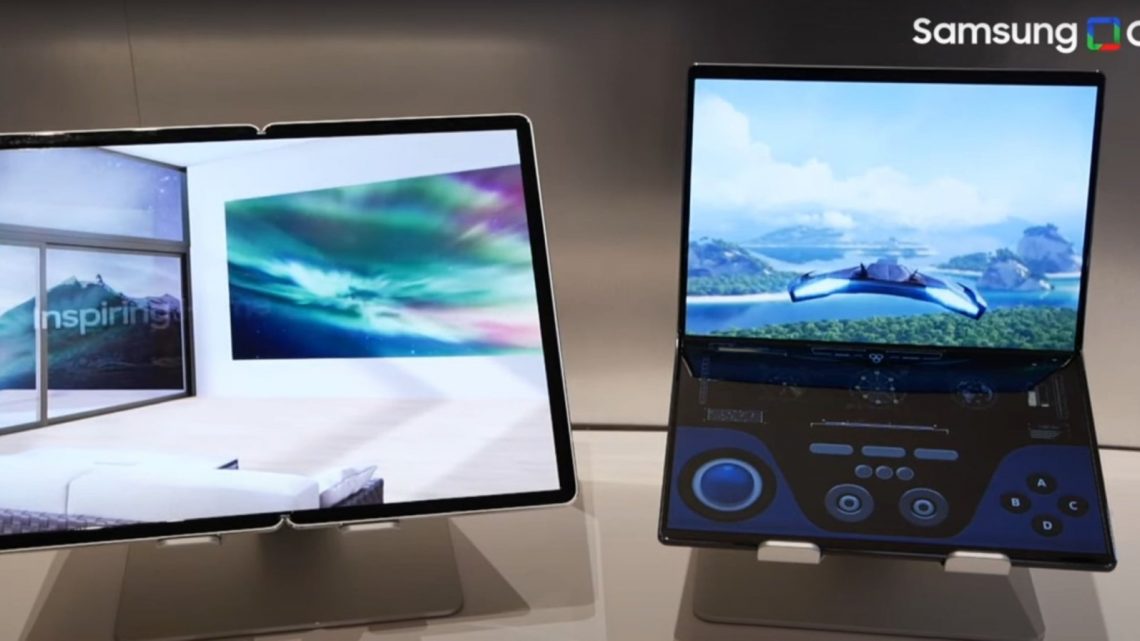 Samsung’s Flex Note is the folding laptop of our dreams

Samsung’s recent push into foldable phones has been improving every year. The company now seeks to expand its folding screen tech into the world of laptops with the unveiling of the Flex Note concept at CES 2022.

Samsung enthusiast site, Sammobile, was invited by the company to preview the Flex Note. The Flex Note itself is admittedly just a “technology concept,” but shows off what’s possible. It’s able to transform from a 13-inch form factor when folded into a 17-inch monitor when fully extended. It doesn’t take a rocket scientist to see the potential applications of being able to expand a 13-inch notebook into a monitor.

One of the strengths of the Galaxy Z Fold 3 is the sheer flexibility of the device. Opening it up fully basically negates the need for a separate tablet or e-reader and you’re still able to use it as a “normal” smartphone when closed. Similarly, the Flex Note concept could allow you to use it as a compact laptop (if you’re okay with using the bottom half as the virtual keyboard) while still using it as a portable monitor.

That said, the folding laptop isn’t technically a new concept. Lenovo tried its hand at one with the Lenovo ThinkPad X1 Fold in 2020. We liked the innovative design and beautiful OLED screen but were less enthusiastic about its performance and the price of extra accessories. Still, the professional aesthetic that the ThinkPad X1 Fold had was unique and could easily fit into the lives of many people if executed the right way.

The good news for those interested in this form factor is that CES 2022 seems to be the year of foldable screens. Intel announced that they’re working on a foldable display spec that could help speed up the adoption of laptops with foldable screens. It’s reminiscent of Intel’s previous push with ultrabooks to compete with Apple’s MacBook Air lineup.

For Samsung’s part, the Flex Note seems to be more of a prototype so don’t get your hopes up for a rebirth of the Note line. However, Samsung’s folding screen tech could make its way into other laptops which would help bolster Intel’s push. Feel free to watch a short clip of the Flex Note concept below.