Apple may be hogging the spotlight today with its Far Out event, but that isn’t going to stop Bose from getting in on the new reveals. Taking on the soon to be revealed AirPods Pro 2, the new QuietComfort II earbuds arrive from Bose with improved ANC, personalized audio, and a noticeably smaller form-factor that are now up for pre-order.

Arriving as a successor to the original QuietComfort earbuds from back in 2020 that launched to take on Apple’s first AirPods Pro, Bose is back today to run through the entire show again with its new second-generation pair.

Starting with the design, Bose is mixing it up with an entirely refreshed build that is one-third smaller than the original pair while also weighing in at less than a quarter of an ounce. There’s still an in-ear design that in this case comes backed by a refreshed palette of swappable eartips. Included in the box is a Fit Kit that helps you find the most comfortable combination.

While Bose is not cluing us in to just how long the battery lasts, it is saying that we can expect the same performance as the previous-generation pair. That does come at the advantage of the smaller buds, as well as the companion charging case which is now 40% smaller than last time around.

On the audio front, Bose is centering the entire experience around its new CustomTune sound calibration technology. Triggered every time you remove the earbuds from their case and put them in to listen, what Bose calls a proprietary tone will be played and then listened for by the built-in microphone to measure your ear’s acoustic response. It’s a similar approach to how active noise cancellation works, but is used in order to tailor the experience towards a more personalized audio performance.

Speaking of, Bose is of course carrying over the ANC tech from the last time around and applying that same CustomTune touch in order to step up what you can expect to hear. Or in this case what you won’t hear. Bose is also taking another page out of Apple’s playbook by doubling down on the transparency mode of the new QuietComfort II earbuds thanks to an inclusion called ActiveSense. This improves the Aware Mode tech and adjusts the ANC level to help make sure you can hear the important ambient sounds while still blocking out some background noise.

Launching later this month on September 15, the new Bose QuietComfort Earbuds II enter with a $299 price tag. Pre-orders are going live today directly from Bose with just the Triple Black style being available at launch. Then later on in the year, the company will debut a new Soapstone colorway at the same going rate.

We had a brief chance this morning to try out the new earbuds from Bose, which you can check out in the gallery below.

FTC: 9to5Toys is reader supported, we may earn income on affiliate links 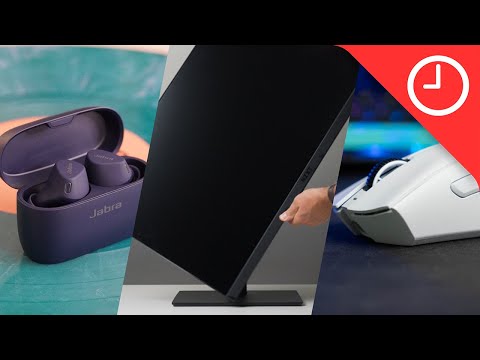