Unlike monitors, curved TV sets aren’t particularly common. This is because you generally watch TVs from a further distance than your monitor, so unless you have a very large curved TV, the immersive effect won’t be as pronounced compared to a monitor sitting two feet away from your face.

But if you are after a curved TV, then you might want to take a look at LG’s latest offering, the LG OLED Flex. This is a 42-inch OLED TV that’s quite interesting in terms of design. This is because the TV can automatically bend and turn itself into a curved TV when you want it, and then flatten itself out when you don’t. 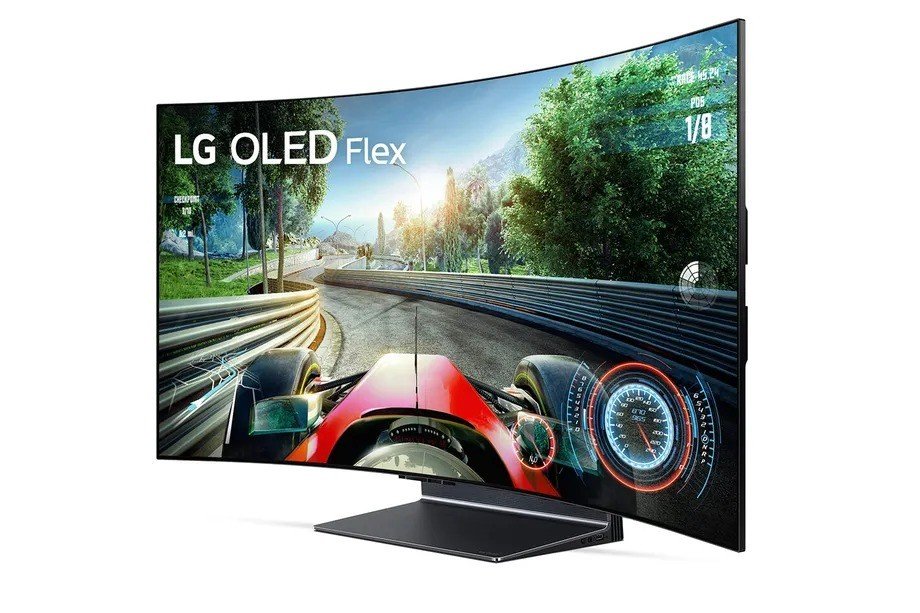 There are multiple presets that users can choose from, but users can also opt to manually adjust it in 5% increments to find that sweet spot. The TV itself comes with features like Dolby Vision. It also boasts a 4K resolution with a 120Hz refresh rate and comes with support for HDMI 2.1, and if you want to hook it up to a computer, it also supports NVIDIA’s G-Sync and AMD’s FreeSync to help reduce stuttering and tearing while you game.

LG has not announced how much the TV will cost or when it will be available, but judging by its size and specs, we don’t think it’ll come cheap. Alternatively, if you can appreciate the flexibility of such a device, you can also check out Corsair’s latest gaming monitor which offers up similar functionality.