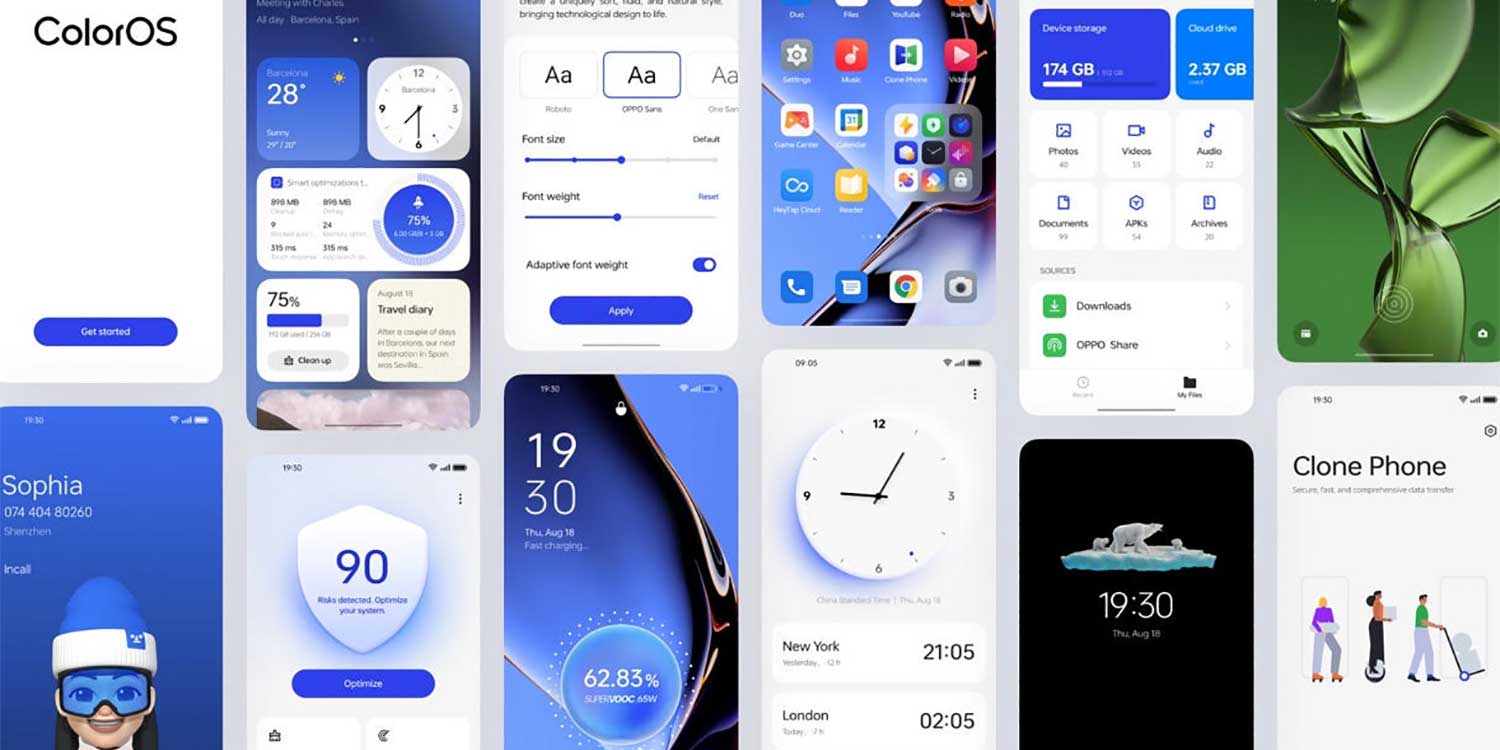 After confirming the launch date, Oppo has now officially launched ColorOS 13, based on Android 13 and detailed the latest release.

The first two smartphones eligible for the ColorOS 13 update – as you’d expect – are the flagship Find X5 Pro and China-only Find N series foldable. This duo has been eligible for a prerelease beta phase, which will end over the coming weeks.

A core tenet of ColorOS 13 is what Oppo is calling “Aquamorphic Design.” Greater attention has been paid to animations while the look and feel are said to have been inspired by the “changing colour of light between sunrise and sunset at sea level.”

Visual elements adhere to a card-style design, which includes lots of rounded corners and simple color choices. The result is a cleaner, more organized layout that is easier to navigate.

The system font has been tuned to increase readability, while there are elements of Material You courtesy of wallpaper-based color selection. Further customization is available at the lock screen with increased always-on display functions and design styles. On devices such as the Find X5 Pro, the AMOLED display will dip to 1Hz when the Always-on display is active. This is said to offer 30% power-saving boosts over ColorOS 12.

ColorOS 13 also includes enhancements to the homescreen with a new expanded folder option. Similar in nature to the larger folder option found on Nothing OS, this allows you to supersize folders for easier access while reducing the space required for app icons.

Oppo has also introduced a Memoji-inspired “Omoji” feature that lets you create a virtual avatar. This can be used as your profile picture in a number of areas, including the always-on display and in system areas.

An updated and improved Multi-screen Connect feature is present, which is said to offer vastly boosted and seamless connections between your smartphone and Windows computers/laptops.

A global rollout is said to get underway in the coming weeks, and Oppo plans to update nearly 35 smartphone models by the end of 2022. Devices in over 60 countries and regions are eligible, and it is claimed that this rollout will cover almost 160 million users.

The ColorOS 13 rollout begins for the Find X5 Pro and Find X5 from today. A further rollout for 20 more devices will begin in 2023. We’ll have a full hands-on with ColorOS 13 over the coming weeks, where we’ll dive into all of the key changes and compare them directly to OnePlus’ OxygenOS 13 Beta.