In context: A brief comment during Nvidia’s announcement of the RTX 4000 series graphics cards sheds some light on the flagship model’s overclocking potential. It isn’t unprecedented, strictly speaking, but it could push some new boundaries for the latest GPU tech, depending on future details, such as what kind of cooling it required.

While presenting the new Ada Lovelace GPU series, Nvidia CEO Jensen Huang claimed the company overclocked the GeForce RTX 4090 to 3.0GHz in its labs. What that means could depend on information that might not come out until the card is in users’ hands. Leaked 4090 benchmarks reported the same number earlier this month without further details.

Huang didn’t dwell on the comment before moving on (about 16 minutes into the video above), so we don’t know what kind of cooling or how much wattage Nvidia’s labs used to reach 3.0GHz. That number is slightly under last year’s standing GPU overclock world record of 3.2GHz that an AMD Radeon RX 6900 XT managed through liquid nitrogen cooling.

Older GPUs have topped 3.0GHz using similar methods, but the 4090 reaching that point with its incredible 76 billion transistors is an outstanding milestone. It would be even more impressive if it turns out that Nvidia got there with air cooling. 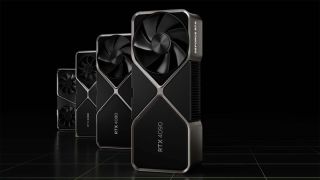 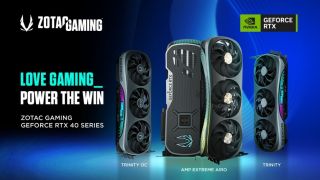